Prices in PCL reached £1,134,571 – 16.4% up over the same month last year and 14.7% up year on year (based on average transactions over the year to date). This is the highest level of rolling annual growth since the credit crunch.

Naomi Heaton, CEO of LCP, specialist fund and asset managers, comments, “It is to be expected that PCL growth will taper off for the next 6 months, given the extremely high growth levels over the last year and traditional market jitters before any general election. However, there is no evidence that the long term fundamentals for growth will not remain in place.  Any slowdown now will present a buying opportunity during a period of reduced competition before the usual post-election bounce”.

Prices in Greater London reached £460,521– up 18.4% over the same month last year and 13.8% up year on year. This is the highest level of rolling annual growth since the credit crunch, despite a 0.7% month on month fall.

The 0.7% fall should be considered in the context of Greater London’s extraordinarily high short term growth of 5% over the previous two months and the cooling measures implemented by the Bank of England. Nevertheless, Greater London was the strongest performer in the UK. 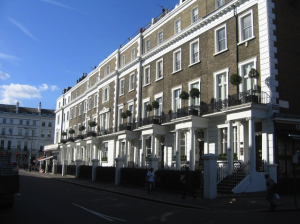 Heaton comments: “Overall price rises indicate overheating in Greater London. Prices in Lambeth, for example, are 28.6% higher than one year ago and some parts of Greater London are reaching £1,000 per square foot. With its reliance on domestic buyers, it is likely that this price growth will tail off in the face of the Mortgage Market Review, mortgage caps and the prospect of interest rate rises”.

Prices in England and Wales reached £177,299 – increasing 7.2% over the same month last year and 5.4% up year on year.  This is close to the highest level of rolling annual growth since the credit crunch, despite a 0.2% month on month fall.

Despite this positive annual performance, prices are disappointing for England and Wales still being 2% below the credit crunch high in 2008.

In fact, these figures exaggerate the recovery as Greater London provides an artificial boost to the England and Wales statistics. Removing Greater London, average prices stand at only £133,537  based on average transactions for the year to date. This is just above the threshold where 1% stamp duty becomes payable and 16% lower than in 2008. Rolling annual price growth runs at just 3.1%.

Heaton concludes: “These figures suggest that housing stock outside Greater London is still accessible to the domestic market. The slow recovery suggests more positive economic sentiment and the ‘feel-good-factor’ are still needed to stimulate activity. The Bank of England’s cooling measures and the ever present threat of an interest rate rise are also taking their toll.  The furore about a possible house price bubble over recent months has also been unhelpful. It is simply not justified outside London and inhibits buying activity, closing the door to first time buyers”.

The economic pain to come

Pension Auto-Enrolment is a Challenge for Small Business