Offering people the opportunity to ‘Return to Paper’ if they are unsatisfied with their digital experience is just one of the recommendations put forward in a new report – published today by the International Longevity Centre – UK – to tackle one of the behavioural barriers to getting older people online.

The report highlights that over 7.5 million adults have never used the internet. The majority of non-users are older, have disabilities or are in the lowest social classes.

The report highlights new analysis of data from the English Longitudinal Study of Ageing (ELSA) on the behavioural traits which accompany internet usage among older people. It finds that:

Â· People who reported using the internet tended to report feeling more in control of various aspects of their lives.

“Technology plays an increasingly important part in our society yet millions of older people are still not online. This report highlights a strong association between being offline and isolation, loneliness and a perception of not being in control. As more and more private and public services are made available exclusively online, there is a risk of greater exclusion. Technology is not just for younger people, it is for all of us. Yet as we move services online, “Digital by Default” must play a role in nudging those people who are offline towards the internet.”

Annika Small, chief executive at Nominet Trust comments: “Digital technology can play a key role in creating strong networks for people in later life that will help reduce isolation and loneliness. It is critical that we find ways to motivate older people to get online by demonstrating how the internet can strengthen vital social ties that will help them to remain active and engaged. This, in turn, can delay and prevent some of the negative effects of ageing that many people currently experience.” 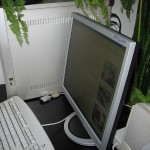 “Public policy aimed at getting older people online has tended to focus how we can develop skills and ensure access to new technology. But far too often, we have overlooked the role played by behaviour and choice. We have recently seen the use of behavioural economics to encourage a new generation to save for the first time. We must better explore how we can use these techniques to tackle the other challenges faced by an ageing society. ‘Nudge or Compel’ highlights that Behavoral economics can help us tackle digital exclusion. We know, for example, that the fear of something going wrong can act as a barrier to people getting online in the first place. We urge service providers to take away some of that fear, such as by guaranteeing that individuals should be able to return to a paper service if the online experience does not work for them.”

Amongst other recommendations, the report also calls on:

Â· Companies advertising technology and opportunities to learn technology to use imagery of both older and younger people.

Â· Government and the private sector to support local digital champions to make the case at a community level for the use of new technology.

Â· Government and the private to invest more in adult learning, particularly if certain services are going to be made available exclusively online.

Â· The technology sector to place more emphasis on co-design.