“The unexpected fall in service sector activity has left the CIPS survey’s headline activity balance at its lowest level since May 2013.

“These figures follow a small up-tick in the construction PMI, but a weakening in the latest manufacturing survey. This took the composite PMI (a weighted average of the services, manufacturing and construction PMI’s) to 54.7 in August, with May 2013 again the last month to see a reading so low.

“On the face of it, August’s weakening points to GDP growth in Q3 slowing from the 0.7% in Q2 to perhaps 0.5%-0.6%. But there are a number of reasons to think that the relative softness of services activity in August may only be temporary. 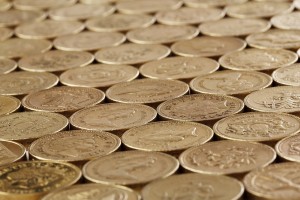 “Cheaper fuel and cuts in energy bills are likely to push inflation back into negative territory over the next few months, further boosting households’ spending power. Meanwhile, consumer confidence in August reached a 15-year high. And the odds of the MPC raising interest rates this year are looking increasingly slim. Indeed, August’s services survey reinforces our view that the MPC will not raise the Bank Rate until well into 2016, with price rises in the sector falling to their lowest level since January. On another counter-inflationary note, there were more signs of a recovery in productivity, with the CIPS survey’s employment balance at the weakest level since March 2014.

“So while the export-orientated manufacturing sector will continue to face the headwinds of global economic turmoil, the largely domestically-focused services sector should receive a spur from very favourable domestic conditions. Consequently, August’s drop in the services PMI is likely to reverse fairly quickly.”