Shapps: Labour got £750k from Unite after Falkirk whitewash

The Labour Party received £2.4 million from trade unions in Q3 2013, 76 per cent of their total donations. Their biggest donor was the Unite union which gave the party nearly £750,000 – but only after Ed Miliband had closed Labour's inquiry into Falkirk and cleared Unite of any wrongdoing in the constituency say the Conservatives.

These figures today, say the Tories, follow new evidence that Labour General Secretary Iain McNicol struck a special deal with Unite over the Falkirk selection scandal, prompting further questions over why Ed Miliband is still refusing to re-open the inquiry.

In total 75 per cent of Labour's donations under Ed Miliband have come from the trade unions, including £10 million from the Unite super-union. 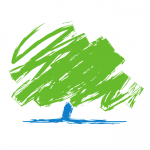 "Independent figures from the Electoral Commission show that the trade unions have given 75 per cent of Labour's donations since the union barons installed Ed Miliband as Labour leader, including £10 million from Len McCluskey's Unite union.

"Despite Ed Miliband's promises of change, nothing has changed. The union bosses still buy the policies, fix the selections and pick the leader. It's the same old Labour.