The past week has seen something unusual happen. After the usual outrage and media fury over bankers’ bonuses, there has finally been a reaction. Not the politicians or even the European Commission, whatever Monsieur Barnier might hope. Instead, the reaction has been from people who really matter – the people who own the banks.

One of the fundamental tenets of capitalism is that investors – owners of capital – seek out good returns for their money. Economics normally focuses on a ‘good’ return in terms of the monetary yield on an investment, but if social causes or green issues are close to an investor’s heart, they may well channel funds in those directions instead. But, most of the time, investors entrust their money to other people, rather than taking hands-on control of it themselves.

This is even what you are doing if you are playing the stockmarket. Buying an individual company’s shares does not mean that you are in charge of its strategy and day-to-day running – instead, it probably means that you think the company is a good bet either in terms of dividends or capital gain. But you are trusting the CEO, Board of Directors and other senior staff to actually generate that return for you. As an equity holder, you are the owner – and they are the managers.

This gap between owners and managers has been widely discussed and researched in academic literature. The sorts of issues that can arise are often referred to as ‘principal-agent’ problems, where the manager acting on the owners’ behalf face incentives that maybe aren’t entirely aligned with what the owners themselves would want. It can lead to conflict between what should happen, and what actually does.

The more important issue in recent years though, at least in terms of bankers’ bonuses, is not so much a gap between owners and managers as agreement. The pay policies of a public company are typically overseen by a remuneration committee, normally made up of board members, and the packages of senior staff themselves are often subject to shareholder approval at annual general meetings (AGMs) or the like. Investors in bank equities have been well aware of the packages their managers and traders get. But, until now, they have been perfectly content to pay such large amounts (staff are ultimately paid by the owners of the company, after all) provided those managers and traders deliver a good return. In other words, bank equity holders have not really cared about bonuses provided they do alright themselves. 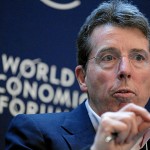 Now, times might be changing. Barclays has long liked to argue that it is different from Lloyds and RBS, as it did not need government recapitalisation during the crisis. But the bank did benefit massively from subsidised funding via guaranteed bond issuance – and the block on buying Lehman at the height of the crisis was probably for the best as well. However, it is the owners, rather than politicians, that have finally had an impact. Following a revolt by US shareholders at Citigroup this week, Barclays’ owners have also decided to change the status quo. Bob Diamond, Barclays’ CEO, took home Â£25mn last year, including a lump to make up for tax. The likes of Standard Life, Fidelity and Scottish Widows have now said that enough is enough, and Diamond must get less. He has promised to forgo half his bonus, and Barclays has promised to pay a greater share of profits to shareholders rather than staff.

Ultimately, all of us with pensions or investments at Standard Life and other Barclays investors will benefit from this. But we – and they on our behalf – still need to be more vocal in reining in senior managers when things get very out of line. Delegation of responsibility is all very well. But if we really want to change the system, we need first and foremost to exercise our ownership rights.