Should Strict Liability Laws be Introduced in the UK?

The UK is currently one of just five countries in Europe that do not have the ‘strict liability law’ that other countries employ. This law, in effect, makes vehicle drivers automatically at fault for any accident they may be involved in.

Proponents and supporters of this law claim that its implementation has led to safer roads for everyone in the countries where used. Last year, it was found that in accidents involving cyclists, the car driver was found to be at fault 56 per cent of the time. Many are now calling for this law to be brought into force in the UK. This article examines why.

Is the law strong, and will many be affected by it?

Those against the law being brought to the UK claim that it will lead to unfair prosecutions, particularly in cases where it is unclear who was at fault. However, this isn’t really true. The law does not refer to criminal liability – just to civil liability, which means that it will affect matters of insurance, mostly. 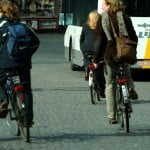 So, if you are injured in a motor accident and it’s not your fault, contactÂ injurylawyers4u.co.uk.Â IL4U are lawyers who specialise in road traffic accidents and can determine whether you are eligible to make a claim for compensation.

Will it affect the way people drive?

Yes, but only for the better. In fact, in the Netherlands, recent surveys revealed that Dutch motorists were mostly unaware of the law’s existence as things are usually taken care of by the insurance providers, with relatively little hassle for the motorist.

Opponents also claim that everyone should be subject to the same laws, regarding the call for it after increasing cyclist-related deaths in Scotland. Defendants counter with the argument that it will also make cyclists more careful on the roads, as they will be held accountable for accidents with pedestrians.

A hierarchy of road users

If the law is introduced, motorists and cyclists should expect a hierarchy of road vehicles imposed onto those who drive or cycle. This means that in the case of an accident between a motor vehicle and a bicycle, the motorist will be at fault, as far as insurance provision goes.

Accordingly, cyclists will be automatically at fault for collisions with pedestrians. Cyclists in the UK are unanimously calling for its employment, as they feel this will allow the UK to catch up with its European peers in terms of improving road safety – not just for cyclists, but for everyone.

As Russia's Isolation Grows, Oil Companies are Caught in the Middle