The price of property in Spain, France and other popular European destinations is edging up for British buyers thanks to the exchange rate creeping back in favour of the euro, said the Overseas Guides Company in August, adding that anyone on the verge of purchasing in a Eurozone country should be extra vigilant when arranging their euro transfers to pay for their property.

"The euro has gained around four percent against sterling in less than a week and of course this change equates directly to a rise in the cost of euro-priced property for Brits with funds in sterling," said Elaine Ferguson, Head of the Resource Centre at OverseasGuidesCompany.com. "Anyone who began their property hunt earlier in the year when an exchange rate of £1/€1.42, for example, was achievable, might be shocked by a Spanish or French property's sterling cost today, with the rate at £1/€1.36. For a €200,000 property, the sterling difference is around £6,5000. 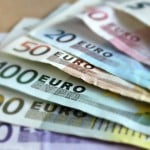 "As always, no single factor can be blamed for the swing in the exchange rate, but expectations that a Bank of England interest rate hike will come later than first anticipated, along with the resignation of the Greek prime minister and Greece's securing of a third bail-out are deemed to have helped the euro steal value back against sterling in August.

"Uncertainty over the exchange rate in coming months remains, although some analysts expect the euro to remain bullish. Anyone buying an overseas property should be prepared for changes in the rate at this volatile time and take this into account when budgeting. For many, forward buying currency could be the most reassuring way to cover the costs of their property purchase in the Eurozone."