The Good Country Party is primarily dedicated to the 700 million people worldwide who, according to recent research, see global issues as equally or more important than national issues; who are more concerned with international co-operation and human progress than with domestic politics; and who are unwilling to define themselves as ‘right-wing’, ‘left-wing’ or by any other traditional ideological label. Currently, these people can only express their concerns or attempt to produce change by following single-issue campaigns, usually organised in single countries.

The Good Country Party aims to be a forum, shared learning space, think-tank and focal point for the collective action of hundreds of millions of ‘global citizens’ worldwide. It is committed to helping its members help their families, communities, companies, schools and universities, cities, regions and countries – and of course themselves – to become gooder: to collaborate creatively with each other in order to produce more courageous and imaginative solutions to local and global challenges. Membership of the party is free and open to anyone, anywhere, of any age. 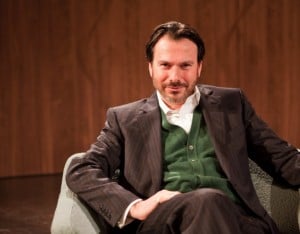 In June 2014, Simon Anholt launched the Good Country Index, the first study that ranks nations according to their contribution to humanity and to the planet instead of their domestic assets or achievements. The video of his TED talk went viral and became one of the quickest ever TED talks to reach a million views – clearly, this is a message that resonates.

The Good Country Party, like the Good Country Index, is based on the finding that competition between nations obstructs the co-operation and collaboration essential for addressing the ‘grand challenges’ of a globalised world. The world needs good countries, not selfish countries: countries whose leaders, citizens and organisations pursue what Anholt has termed a ‘dual mandate’ of responsibility not only towards their own citizens and their own slice of territory, but also towards the entire human race and the whole planet. As Benjamin Franklin said, “if we do not hang together, we will assuredly hang separately”.

Simon Anholt says: “The message I’ve been getting is very clear: there are millions of people out there who desperately want to make the world work better. I’m going to do whatever I can to help them do just that.”

Simon Anholt is Director of the Anholt Institute in Copenhagen, the research and development foundation he created in partnership with the Capital Region of Denmark in order to plan and manage the Good Country project. A British national, Anholt is a professor of international relations, who has advised the heads of state and heads of government of more than fifty countries, and publishes influential research on wide-scale human behaviour.