Simon Cowell has had enough of the sexual jibes and taunts from his fellow judges in Britain's Got Talent and the lack of relating moral support from ITV.

Sweet Revenge: The Intimate Life of Simon Cowell which isÂ Tom Bower's recent unofficial biography of the music mogul has seen Cowell become the butt of many a joke especially over his numerous sexual relationships.

But his relationship with Dannii Minogue is one joke that has been taken a bit too far by his co-judges on Britain's Got Talent.

On Sunday's semi-final, Cowell blew a gasket off camera with Alesha Dixon, David Walliams and Amanda Holden saying he had had enough and that they should consider their actions carefully.

A source close to the show told The Economic Voice "Simon was not happy, he thinks the joke has gone too far". 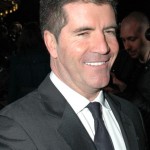 "It was all getting a bit much for him [Simon Cowell], but still very funny"

When asked about how Simon is feeling about his rumoured lack of support by ITV over the way in which ITV have handled the Tom Bower biography our source said.

"All I will say is this, if X Factor goes ahead this year, it will be a good indicator of how satisfied Â Simon is in his relationship with ITV"

Are Foreign Second Homeowners The Key To Spain’s Recovery?