Rugby World Cup 2015 is on course to become the best attended, most viewed and most socially engaged Tournament ever. However Sir Clive Woodward was adamant that grassroots rugby gets the credit it deserves for producing the next generation of superstars.

As well as offering some advice to the amateur teams competing at the Smallest Rugby Club World Cup, Sir Clive Woodward commented that England need to treat their next fixture against Wales as a must win fixture and warned that Warren Gatland will be looking forward to attempting to causing an upset.

Given its 20 year heritage in Rugby around the world from grassroots to elite, Land Rover is using its position as a proud Worldwide Partner of Rugby World Cup 2015 to shine a spotlight on grassroots rugby. Land Rover’s #WeDealInReal campaign champions and celebrates the people that are the heart and soul of the game, by putting local clubs on the global stage. 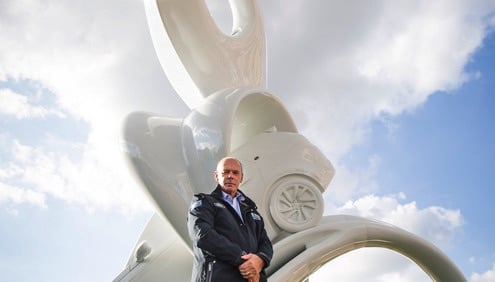