Fred Goodwin, the ex-chief executive of The Royal Bank of Scotland (RBS) has been stripped of his knighthood by the Queen after taking advice from the Honours Forfeiture Committee through the PM.

It was announced in the London Gazette that he had brought the honours system into disrepute.

Fred ‘The Shred’ Goodwin received the honour from the previous Labour government in 2004 for his services to banking. Then came the credit crunch and the almost collapse of RBS leading to job losses and the part nationalisation of the company.

The Prime Minister welcomed the decision saying "I welcome the forfeiture committee's decision on Fred Goodwin's knighthood. The FSA report into what went wrong at RBS made clear where the failures lay and who was responsible. The proper process has been followed and I think we've ended up with the right decision."

The Honours Forfeiture Committee “exists to consider cases where an individual’s actions subsequent to their being awarded an honour raise the question of whether they should be allowed to continue to be a holder of the honour”.

The Committee is a high powered team of senior civil servants: 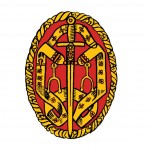 The person subject to an investigation by this committee can make no representations to it and there is no appeal structure.

Pointing to what happened during Goodwin’s tenure and the cost of recapitalising RBS the Cabinet Office statement said “This decision, not normally publicised in advance, was taken on the advice of the Forfeiture Committee, which advised that Fred Goodwin had brought the honours system in to disrepute. The scale and severity of the impact of his actions as CEO of RBS made this an exceptional case.”

Therefore, recognising the ‘widespread concern’ over his being conferred as a Knight Bachelor, ‘…the retention of a Knighthood for “services to banking” could not be sustained’.

Euro remains under pressure as ECB does nothing to help