· Two years ago, over a third (34%) of UK landlords had housing benefit tenants in their properties – now it’s less than a fifth (18%)

Less than a fifth (18%) of UK landlords currently let to tenants receiving housing benefits, and only 35% have done in the past, according to new research in January 2014 of 1,558 landlords who rent by the room from flat and house share site SpareRoom.co.uk, which reveals highlighted widespread negativity towards tenants on benefits.

But rewind just two years, and housing benefit tenants made up a significant proportion of the UK rental population, with over a third (34%) of landlords surveyed at the end of 2011 having these tenants in one or more of their properties, while almost half (45%) said they had previously taken in this type of tenant (from 2011 survey).

Almost six in 10 landlords (57%) refuse to accept anyone on benefits now, specifically stating ‘no housing benefit tenants’ in room adverts – while almost two thirds (65%) of landlords say they wouldn’t take a tenant on benefits even if they had guarantors.

Of the 18% of landlords who currently have housing benefit tenants in their properties, just four in 10 (40%) will continue to accept them after the rollout of universal credit begins in earnest in 2016.

Almost nine in 10 (88%) landlords say the 2008 change to the Local Housing Allowance, which saw housing benefit paid directly to tenants instead of to landlords, was a bad move. And judging by the problems cited by landlords who’ve dealt with housing benefit tenants, it’s easy to see why. Almost nine in 10 (86%) – an overwhelming majority – have had payment-related problems. The following table reveals the sorts of problems landlords have had: 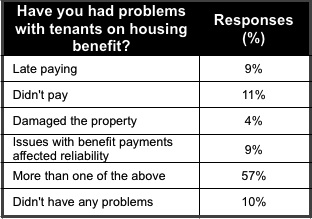 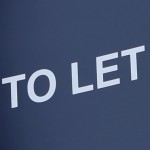 “The 2008 move to stop landlords receiving rent payments direct – designed to give those on benefits greater responsibility for their finances – has had overwhelmingly negative and lasting repercussions for tenants receiving housing benefits.

"Almost six in ten landlords now won't even entertain the idea of letting to tenants on benefits, and our research shows this could only be the tip of the iceberg as the rollout of universal credit is set to make the situation even worse. With rents rising and the welfare budget suffering from further government cuts, the outlook for tenants reliant on housing benefit is getting bleaker."

A Forex view of debt on both sides of the Atlantic