Speaking to the Thames Valley Chamber of Commerce, Martin Weale sets out some new analysis of slack in the labour market.

His main focus is on how to assess the level and implications of unemployment and under-unemployment – the phenomena of people working less hours than they would like to. His main conclusion is that “the change in effective employment is likely to be less than the crude reduction in unemployment might indicate”. He also believes that the likely impact on spare capacity of underemployment is “rather smaller than might appear at first sight”.

Taking account of all of these factors, he presents his personal best estimate of spare capacity of 0.9% of GDP (which he has previously described as “something under 1%”). This compares with the MPC’s central estimate of spare capacity of 1 to 11⁄2%. Martin is keen to stress that “these observations do not leave me uncomfortable with the broad pattern of the forecast the MPC produced for February’s Inflation Report. Rather, I think the forecast is broadly consistent with slack being used up over the next two to three years while the collective judgement of the committee was that slack would remain at the end of that period.”

Turning to the specifics of Martin’s analysis, he makes several key points.

First he notes that the OBR’s estimate of the output gap is “an important element behind its estimate of the tax revenue the government might expect in the long run”. But that estimate is “not a great deal of help in the judgements that I have to make….to keep inflation close to target”. That is because it is important to weight different elements of spare capacity according to their impact on inflation.

Secondly, he notes that unemployment is “around one percentage point” above its “medium–run equilibrium”. This might mean that there is scope for employment to rise by a further 1% without increasing inflationary pressure. But a careful analysis of pay data suggests that the productivity of that extra 1% of employment is likely to be somewhat lower than average, and so translates into about 0.5% of GDP in spare capacity. 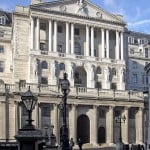 Thirdly, he explores the concept of underemployment by examining changes in individual survey responses on how many hours people desired to work in 2012, and how many hours they actual do work a year later. He finds that people who say they want to work more hours tend to be young – aged below thirty. People who want to work fewer hours tend to be older – over fifty five. The under-employed tend to adjust their actual hours up by more than the over-employed tend to adjust their hours down. But crucially, the overemployed tend to have higher productivity (based on pay data) than the underemployed. Taking account of all these factors, Martin estimates that the implied spare capacity, in GDP terms, from underemployment is somewhat lower than might be inferred from a recent external analysis.

Finally, Martin stresses that while he is “keen to explain the structure underlying our forecast, it is very important that the associated profiles for variables such as growth and unemployment are not interpreted in any sense as targets that the Committee has adopted. In the same way, while [he expects] interest rates to remain low over the next two to three years, it is not possible to guarantee this. The MPC’s target remains consumer price inflation of two per cent as set out by the Chancellor and restated yesterday. [It sets] interest rates to deliver that inflation target in the light of the economic facts as they evolve.”

Today is the day the food ran out