Moore Stephens explains that plans to abolish physical meetings of creditors unless 10% of creditors call for them would reduce transparency and creditor engagement, particularly for smaller unsecured creditors.

“First meetings for creditors are crucial, particularly for unsecured creditors that don’t often encounter the insolvency process.  The meetings encourage transparency, allow problems to be aired and provide a forum for the professional fees of the insolvency practitioner to be discussed.

“In our experience, a face-to-face meeting is vital because all creditors – no matter how small – have an equal voice.  Physical meetings mean more information emerges on hidden assets and possible wrong-doing by a director or an individual, providing useful ammunition for the insolvency practitioner in ensuring a fair deal for all creditors.”

Moore Stephens explains that proposed changes to enable the Secretary of State to make compensation orders against a disqualified company director could result in the unintended consequence of fewer directors being disqualified. 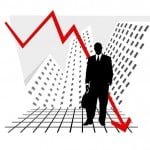 The new compensation awards will mean directors are more likely to contest the disqualification (currently about 80% of disqualifications are by voluntary undertakings by the director). This means the Insolvency Service would have to enforce more disqualification orders through the courts in expensive and time-consuming proceedings.

Says Phillip Sykes: “The Insolvency Service already has a heavy workload, so anything that means more contested director disqualifications should be avoided.

“The aim of increased penalties for rogue directors is a noble one, but we are concerned about unintended consequences that decrease the likelihood of a disqualification. Fewer disqualifications would be a bad result for creditors.”

Phillip Sykes also warned that there will be a reduction in the number of cases against rogue directors if, as planned, a rule that allows insolvency practitioners to bring  no win no fee cases against fraudulent directors comes to an end.

Insolvency practitioners currently have a carve out from the Legal Aid, Sentencing and Punishment of Offenders Act 2012 that allows them to instruct law firms to launch claims against directors on a no win no fee basis.

This allows insolvency practitioners to launch claims without having to find money for the lawyer’s fees – however, the carve out is due to end in April 2015.

He says: “Insolvency practitioners need to be able to fund cases against fraudulent and negligent directors on a no win, no fee basis otherwise smaller but significant cases will no longer be possible. Independent research shows that up to 78% of such cases are in respect of claims under £100,000. That will let a lot of unscrupulous behaviour go unpunished and will reduce the amount of money that can be returned to creditors.”

Phillip Sykes adds: “Calls to create a single regulator are too ambitious in our view.  The most important thing is to focus on the Insolvency Service having the resources it needs as oversight regulator for the profession as a whole.”

How Does Van Insurance Differ From Other Vehicle Insurance Policies

Total value of remortgage lending falls by 17% in May to £3.3 billion