According to a new study1 by Amicus Finance Plc (“Amicus”), a leading specialist lender, nearly two thirds (64%) of small business owners expect demand for alternative finance – including forms such as property finance, crowdsourcing, invoice finance and asset finance, to increase over the next two years while just 8% think it will decline.

The findings, which underline the continued decline in support for mainstream lending, show that small firms predict demand for alternative finance will increase by an average of 26% over the next two years.  In 2014 the total amount raised through alternative forms of lending was an estimated £1.74 billion2, double that of 2013.

Over four in ten small businesses (42%) said they considered using alternative finance in the last five years. The most popular option, considered by a quarter (24%) of respondents, was crowdsourcing finance, including peer-to-peer lending and crowdfunding, followed by cashflow/invoice finance (18%), property finance such as bridging loans and commercial mortgages(8%) and asset finance (6%), which covers areas such as plant and machinery and  business equipment. 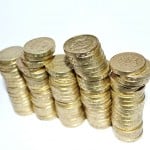 John Jenkins, CEO of Amicus commented: “This research shows that the business finance landscape has changed for good and demand for alternative finance is set to go from strength to strength over the coming years.

“Small businesses are increasingly turning to specialist lenders who have the skills to understand their specific needs.  Having built a strong business base from our property lending expertise we are broadening our proposition into other areas of lending.  Our relationship-based approach resonates well in specialist lending markets that are poorly served by mainstream lenders.” 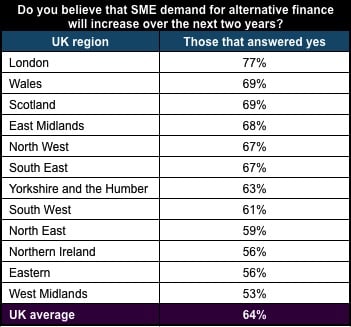 Amicus offers short term, property-based lending solutions to private and corporate borrowers which include landlords, developers and owner-occupiers. Earlier this year Amicus announced the acquisition of City-based asset finance specialists Norton Folgate Capital Group Limited and is committing significant capital and resources to build the Norton Folgate business over the next five years.