It seems the Banking Sector just can’t keep itself out of trouble. From the US sub-prime mortgage crisis, which triggered the global financial meltdown, to the Libor fixing scandal and the former Co-Operative Bank chairman’s alleged drug scandal, the latest controversy to come out about big banks is an apparent fixing of exchange rates.

“Business media jumped on recent accusations that traders at UK banks may have used undeclared personal accounts to make trades – in breach of transparency regulations within the sector – to effectively alter the spread achieved on foreign exchange trades and pocket the difference.

“These accusations, for which around a dozen traders at various banks have reportedly been stood down, arose from an ongoing global investigation into at least 15 banks, 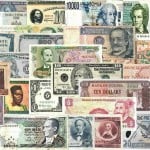 spanning the UK, US, Europe and Hong Kong, which is seeking to determine whether a systemic rigging of international exchange rates has existed."

Mr Hasty continued: “If proven to be the case, the ramifications for the banks could be enormous. They could find themselves liable for a new round of hefty penalties to authorities, legal action – and even more costly – potential reimbursements to overcharged clients as was the case following the miss-selling of payment protection insurance products. This serves as yet another problem affecting many of the larger banks, which is the culture of risk-taking in order to secure higher commission rates.”