Today's construction PMI marks a return to form for the sector, following an easing of growth last month due to heavy rain and flooding across the country. However Begbies Traynor's Red Flag Alert analysis shows that this overall improvement masks a divergence in fortunes between smaller and large firms within the construction industry, as well as among the important building materials businesses which fuel it.

According to a new analysis of the Red Flag data, SMEs in both sectors have benefited from a 8% and 12% decrease in financial distress respectively between Q3 2012 and Q1 2014 while large companies across both sectors have experienced the opposite; increases in distress of 6% and 12% over the same period. Julie Palmer, Partner at business recovery experts Begbies Traynor, explains the role that bargaining power has played in driving this surprising new trend.

"Smaller builders were hit hardest during the recession, when there was limited availability of funding to finance new development activity, forcing them to slow their rate of construction to a snail's pace and, instead, sit on expensive sites bought at the top of the market in 2007. This in turn had a detrimental effect among smaller building materials suppliers and construction firms which fell into administration in their droves as demand for their services from small developers dried up. Meanwhile, the larger suppliers to the industry were buoyed by continued, albeit lower, levels of demand from the UK's largest building institutions who, with better funding arrangements in place, were able to continue building new homes and developments even throughout the downturn.

"But today, a year since Help to Buy launched and with building activity across the UK bouncing back to pre-recessionary levels, those smaller construction firms and building materials suppliers that survived are in a strong negotiating position. While the equally small builders and developers that they supply are finally returning to growth, their focus on local developments and small volumes means they have little choice but to pay the price set by their suppliers, who are benefiting from improved margins as a result.

"Conversely larger builders have significant bargaining power on their side given their continued custom during the dark years of the recession, their significant development volumes and the promise of high value national contracts. As a result, the larger building materials suppliers and construction services providers are seeing their margins squeezed and payment terms extended, thus resulting in increased distress among this group of businesses." 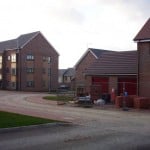 Providing her outlook for the construction sector during the remainder of 2014, Julie Palmer added: "Following the extension of the Help to Buy scheme to 2020 and a new surge of finance into the property market from pension funds following the changes to annuities announced in the Budget, we expect further growth within the construction PMIs throughout the rest of 2014, as sentiment within the industry reaches new heights.

"For smaller builders in particular, we expect their negotiating power will strengthen as volumes increase, aided by the introduction of the £500 million Builders Finance Fund, which should help to further unlock smaller housing developments which had previously been stalled due to lack of financing – meaning still more work for the smaller construction suppliers, but most likely at reduced margins.

"Today's positive PMI data also masks an uneven picture at a regional level, with London powering ahead thanks to significant foreign investment and new infrastructure projects coming online, while regions outside of the buoyant Southern region continue to lag behind. However we expect to see the recovery continue across the construction industry as a positive ripple effect spreads outwards from the capital's economic centre."

Fox news and CNN drop a clanger on ObamaCare ruling

Eurozone doubts will lead to crazy week in the markets