The UK’s smaller manufacturers are planning to boost investment in the coming year, according to the CBI’s latest SME Trends Survey out today (Tuesday 4th February 2014).

The survey of 335 small and medium-sized manufacturers revealed that total orders and the volume of output increased in the three months to January. Domestic orders rose, while export orders fell. However, in the coming quarter domestic and export orders are both expected to grow more strongly and production is set to rise again.

Firms increased headcount modestly, while optimism about the business situation improved for the third consecutive quarter. Meanwhile, planned investment spending on buildings for the year ahead rose to record levels and that on plant and machinery strengthened further.

“As the recovery takes hold, the investment cycle is starting to turn.

“Orders and output continued to grow at a healthy pace, although not as fast as predicted. However, firms remain optimistic about prospects, with growth in orders and production expected to accelerate.”

• 37% of firms reported an increase in total new orders and 23% said they decreased, giving a balance of +14%

• 34% of firms reported an increase in domestic orders and 26% said they decreased, giving a balance of +8%, a slower pace of growth than in the previous survey (+20%); 23% of firms said export orders increased and 30% said export orders fell, giving a balance of -7%30% of firms said output increased and 24% said output decreased, giving an overall balance of (+6%), a broadly similar result to the previous survey (+8%), with growth predicted to pick up in the next three months (+14%) 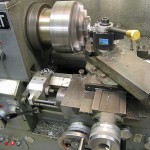 • Optimism continued to rise for the third consecutive quarter: 34% of respondents said they were more optimistic than three months ago and 13% said they were less optimistic giving a balance of +21%: a more moderate rise in sentiment than in the last quarter (+35%, which was the fastest rise in optimism on record)

• Average unit costs were flat on the quarter (0%), the lowest result since 2000 and are expected to rise modestly in the coming quarter (+8%)

UK homeowners save £1.9bn in stamp duty since changes made last year

How Reverse Mentorship can benefit your business