The percentage of profits UK SMEs paid out as dividends last year rose to 63%, up from 46% the year before, as business owners reacted to concerns about possible tax increases following the general election, according to Moore Stephens, the Top Ten accountancy firm.

Before the general election many SME owners expected a future government to raise taxes on business. Moore Stephens says that with this in mind many owner managed businesses choose to extract money from their business rather than retain or reinvest.

In the post-election Budget in the summer, George Osborne announced new higher taxes on dividends, which will hit small business owners hard from April 2016. Moore Stephens says this means that SME owners will have to extract a higher percentage of profits to maintain the same post-tax income, leaving even less cash to invest in the business.

Currently, dividends paid to basic-rate taxpayers are regarded as having already been subject to corporation tax and so no personal tax is levied. Therefore, many business owners pay themselves small salaries and draw relatively larger dividends.

Under the new rules:

• the first £5,000 a year of dividend income will remain tax exempt

• basic-rate taxpayers will then pay 7.5% tax

• higher-rate taxpayers will then pay 32.5% tax

• additional-rate taxpayers will pay will then pay 38.1% tax

“SME owners took out a much higher percentage of profits last year partly due to fears about what a future government’s tax policies might be. While some were relieved by the result of the election, the dividend tax changes announced in the Summer Budget meant that the decision to take money out early was arguably the right one.

“The planned changes taking effect next year will mean that SME owners will have to take a greater percentage of their business’s profits as dividends to maintain the same post-tax income. This leaves less money to reinvest in the business.

“Business taxation rules are changed all too frequently, which hampers long and medium term planning. Another example is the annual investment allowance which gives businesses tax relief to encourage capital investment; the size of the relief has been changed five times in seven years.

“SME owners had a very difficult time during the recession and it is understandable that they now want to take profits whilst the economy is relatively buoyant. Investment for future growth remains crucial however, and constant adverse changes to the tax system make this less attractive.

“Some business owners may well be considering paying themselves a special dividend in advance of April 2016, and some have already done so.” 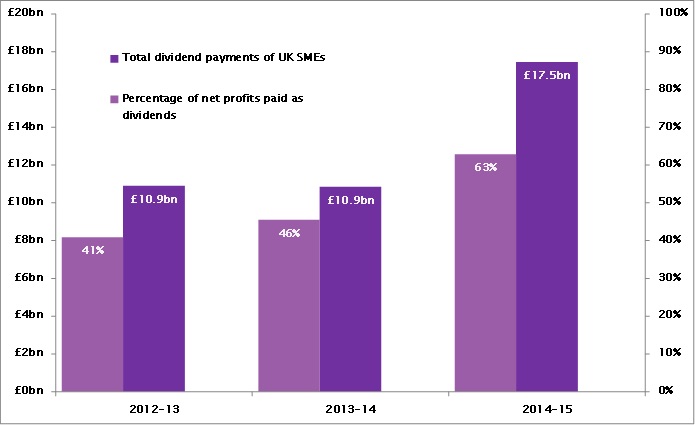 Whilst total SME profits were not unusually high 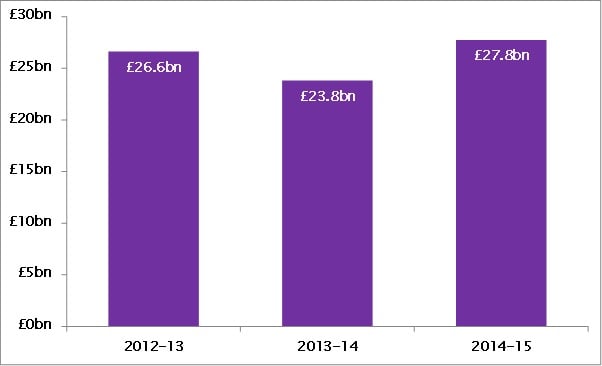 *The Bank of England defines SMEs as non-financial businesses with an annual turnover of up to £25 million.