For the first time in probably 80 years, smoking prevalence in England has fallen below 20%, say researchers at University College London in a letter to The BMJ this week.

The latest figures come from a large national surveillance study which has been tracking smoking prevalence in England since 2006.

Each month, a representative sample of about 1,800 people aged 16 years and over is randomly selected to complete a computer-assisted survey with a trained interviewer.

Senior Research Fellow, Jamie Brown and Professor of Health Psychology, Robert West explain that smoking was rare at the start of the 20th century but increased relentlessly until the publication of ‘Smoking and Health’ in 1962, by which time over 70% of men and 40% of women smoked.

“Much is still to be done, particularly on the social gradient in smoking, which contributes greatly to health inequalities,” they write. However, they hope that breaking the 20% barrier “will motivate smoking cessation efforts across the country, including making more use of our stop smoking services.”

Also in The BMJ this week, experts say it’s time to plan a “tobacco endgame.”

Ruth Malone and colleagues at the University of California say it is essential for the UK "to extend its focus beyond tobacco control to plan a tobacco free future.” 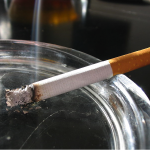 They argue that there is "a major and increasingly inexplicable lack of congruence between the way cigarettes are regulated and the regulation of many other dangerous products" but say "too many public health professionals remain fearful of even suggesting that to end the epidemic these products should, at some point, no longer be easy to buy."

In a forthcoming report commissioned by Cancer Research UK they recommend that the United Kingdom "undertake a serious effort to bring to an end the UK tobacco disease epidemic."

The report will show that, even if uptake of smoking entirely ceased, and cessation increased beyond any targets reached to date, there would still be several decades of high healthcare costs attributable to smoking. It will also suggest that the UK, while a leader in cessation, lags behind other jurisdictions in the use of mass media to “denormalise” the tobacco industry and its products.

Malone and colleagues point to research indicating that the public might be more supportive of a tobacco endgame than is generally thought. One thing is certain, they conclude: “if the public health sector, including government, does not begin the endgame conversation, no one else will. For the sake of future generations we should start now.”