In a new survey conducted by OnePoll, more than one in four people (28 per cent) are still unaware that smoking is the leading cause of mouth cancer, a disease that kills one person every five hours in the UK.

Smoking and tobacco use is still the leading cause of mouth cancer. According to the World Health Organization, up to half of current users will eventually die of a tobacco-related illness. Smoking can also cause a variety of oral health problems including tooth staining, dental plaque, bad breath, tooth loss and gum disease.

The results have been released ahead of Mouth Cancer Action Month, run by the British Dental Health Foundation, which takes place throughout November. Chief Executive of the British Dental Health Foundation, Dr Nigel Carter OBE, hopes the upcoming campaign, sponsored by Denplan and supported by Dentists’ Provident and the Association of Dental Groups (ADG), will be a springboard for the public to find out more information about the risks posed by smoking.

Dr Carter said: “On average, smokers lose about 16 years of their life. Given the substantial investment in anti-smoking campaigns over the last ten years I would have hoped for fewer people to be unaware of the risks posed by the habit. 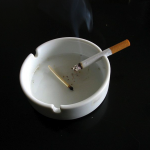 “However, the survey alongside rising cases of mouth cancer shows there is still a large percentage of the population we must reach out to and educate. If combined with drinking alcohol to excess, these two habits can raise the rise of developing the disease by up to 30 times.

“Poor diet and the human papillomavirus (HPV), transmitted via oral sex, are also risk factors. To ensure early detection – something that can transform survival rates from 50 per cent to up to 90 per cent – we must all look for ulcers that do not heal within three weeks, unusual lumps or swellings and red or white patches in the mouth. Our message to everyone is if in doubt, get checked out.”

CHART OF THE WEEK: The Productivity Gap