Here we are in the great 21st century and the average inhabitant of the UK can’t buy an average house. Now why would that be?

Well, the stock answer would be to blame it on US sub-prime mortgages or bankers etc. But that would be to miss the main point, because you see this state of affairs has existed before.

Actually it has happened with almost clockwork regularity every 18 or so years, a housing boom followed by a bust. There must therefore surely be a more systemic reason for it than the reasons so easily trotted out and so readily accepted.

The fundamental reason put forward by many economists and explained so simply in the video below is the failure (for whatever reason) of governments to tax the land. The film is based on Australia but is as applicable to the UK and USA. 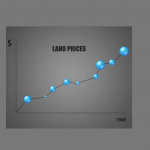 Whoa! You say, I pay enough taxes already, I don’t want any more! But what if I told you that a tax on the land would actually replace just about all other forms of tax, would that interest you? No more income tax and VAT for example. And the land tax would be lower than what you are paying now – interested?

All those other taxes could be replaced by a Land value Tax set at a magic figure of about 6% annually.

How would that benefit us? Well, people who bought land to just let it sit unused as it grew in value would face a very hefty annual tax, which would encourage them to use it productively. Tenants would find that landlords would be very eager to rent their land out to recoup the tax so pushing prices down. There are many more all well explained in the video.

This is a good idea whose time has come. Please spare some time to watch it and then pass it around.

Bank of England says QE has not affected pensioners