Almost a third of Brits (28%*) now show their political allegiances or opinions on social media, according to a consumer poll by NetNames, the leading online brand protection specialist. However, despite a willingness to engage with political issues on social channels, only 4% of UK voters formally list the political party that they support on their social profiles.

Interestingly, British men (8%) are found to be four times more likely to formally announce their political leanings online than women (2%).

“Politics, along with money and religion, is a notoriously taboo conversation topic amongst Brits. However, our survey suggests that social media is triggering a cultural shift. With almost four in ten 18-20 year olds now showing their political views on social media, parties, leaders and organisations still have time to use this year’s election to increase their digital impact and engage potential floating voters.” 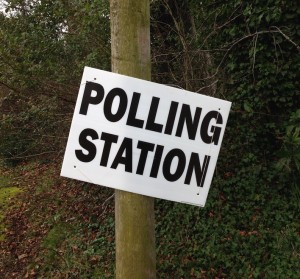 NetNames surveyed 1,643 consumers via a YouGov poll to assess the significance of social media in the run up to the 2015 General Election. The survey found that the most popular ways of engaging with politics on social platforms are liking (16%), posting (15%) or commenting (12%) on posts or links that express views on particular issues or policies. Only 7% of voters join groups or pages showing support for particular parties, suggesting that political parties have thus far failed to make a major digital impact. This is despite significant investment – the Conservative Party, for example, is reportedly spending £100,000 a month on Facebook.

Labour voters most confident in their party’s social strategy

The poll revealed that 62% of voters are unsure about which party will use social media most effectively for the 2015 general election. Of the major parties, Labour voters were found to have the most confidence in their party’s social capabilities, with 28% of its supporters stating that their party will use social media most effectively. This was compared to 26% of UKIP voters, 23% of Conservative supporters and just 7% of Liberal Democrats.

When looking at how voters will consume news around the election, the NetNames survey found television to be the most popular source, with nearly half (46%) of respondents choosing this option, mostly likely driven by recent press surrounding the live leader television debates. In contrast just 7% of respondents said they would turn to social media, although this was double amongst 18-24 year olds – 15% of young voters selected social media as their main news source. Almost a third (28%**) of voters will use the internet as their main source of election news.

The survey also revealed that there is scope for parties and social platforms to do more in future. Almost a quarter of British voters (22%) said they feel comfortable with political parties using data that they post on social media to track opinion, rising to almost a third (31%) amongst 18-24 year olds. Women were found to be more uncomfortable with parties tracking their social media data with almost half (47%) stating this compared to just over a third of men (35%).

Gary Mclraith concludes: “While digital platforms are powerful tools for political organisations, it also presents them with reputational threats. The internet is an open forum, where users are able to express their views democratically. However, it is easy to set up fake profiles that mimic party branding and can damage reputation. Political parties – and any public-facing organisations for that matter – therefore need to be able to monitor social channels for any infringements if they are to thrive in the social age.”