Social media can be such a RIOT for users

Computer programmes that can track peoples’ movements as well as predicting their future behaviour are being developed.

The software searches social media such sites as Facebook, Twitter and Foursquare to conduct surveillance and analyse peoples’ movements.

The ‘Google for spies’ software enables people to be spied upon when they are arguably at their most relaxed, just chatting with virtual friends and sharing experiences, photographs and, maybe more importantly, their political views.

Raytheon says that it has not sold any of the software yet but that it had shared the technology with the US government in 2010.

What should be highlighted is that whenever a social network user shares their information with friends they are also likely to be sharing it with government and companies (as well as those with ill-intent) developing new snooper software.

This mined data could potentially be used by law enforcement agencies to determine who could be a risk to national security.

Brian Urch, the principal investigator for the Rapid Overlay Information Technology (RIOT) being developed by the defence company Raytheon, gives an explanation of the technology in this Guardian Youtube video:

But when looking at the amount of everyday information being uploaded to media sites second by second you have to wonder how much of it is actually accurate, let alone in any way useful. In fact it could end up with software such as RIOT sending snoopers in completely the wrong direction. 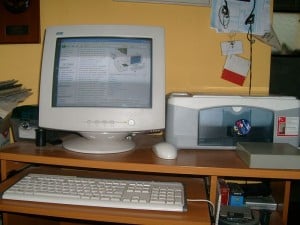 Image by Penarc (Own work) [GFDL (http://www.gnu.org/copyleft/fdl.html) or CC-BY-3.0 (http://creativecommons.org/licenses/by/3.0)], via Wikimedia Commons