According to the Department of Health some UK GPs are responsible for 9,000 patients. One million patients are registered with GPs that have over 3,000 people on their books, which is nearly twice the national average of 1,600.

The Chairman of the NHS Alliance, Dr Michael Dixon, is quoted in the Telegraph as saying that the country is not producing enough GPs as more and more doctors choose to work in hospitals as opposed to general practice.

There is also the problem that it is estimated that one in eight GPs is planning to hang up their stethoscopes over the next two years. Also, many of the Asian doctors that came to the UK in the 1960s and 1970s to work in areas where there were no GPs are now also reaching retirement.

Then to be totally non-PC about this issue there are worries, says Tory MP Dr Sarah Wollaston, that there are a growing number of female GPs and these will be taking time out for families so increasing the shortage still further.

The UK pours billions into the NHS and associated healthcare as well as producing so many graduates that there are 83 of them for each job [1]. But what we can’t seem to do is get them to study medicine to fill potential vacancies. So we end up stealing doctors from other countries, which may well need them more than we do.

This problem has not just suddenly surfaced today though. You can be sure that government departments, health authorities and hospitals are well aware of this and have been for some time (probably years); or what have all these healthcare planners, managers, civil servants and politicians been doing for their money all these years? 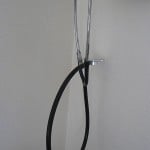 Many will jump at the opportunity to now point their accusing finger at the Coalition government. But the issue also did not suddenly arise just because the Tories are in power and Andrew Lansley, the Health Secretary, is trying to push NHS reforms through. But because they are trying to change things vested interests are going to use this sort of data to try and convince us that we should ring-fence their budgets and jobs, perhaps throw even more money at it.

With the way money was sprayed about in the boom times you have to ask yourself why we haven’t now actually got so many doctors that we can keep going through the lean times.

There is also the matter of many doctors choosing the more ‘glamarous’ route of hospital demand. Easy answer, use the law of supply and demand and reduce the wages of hospital doctors and boost that of GPs proportionately.