While people debated the nature of the promised referendum on whether or not the UK remains within the European Union, the Electoral Commission came out and said that the wording needed looking at because some people did not know that the UK was part of the EU.

Is this aspect of our nation’s history and place in the world not worthy of the odd mention in the classroom? And what was the good of all that money pumped into the EU PR machine? (I’m sure UKIP would have something to say about that!)

Whilst testing the question the commission found that this lack of knowledge would lead to a ‘risk of misunderstanding’ of the original question in James Wharton’s Private Member’s Bill. So it has put forward a couple of suggestions:

The original question is:

The Electoral Commission has come up with:

“Should the United Kingdom remain a member of the European Union?” 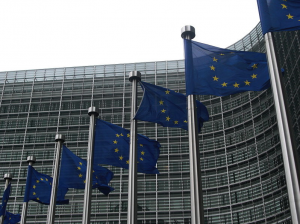 Now this may not appear to be much of an issue on the face of it but this referendum (if it is allowed by our lords and masters to actually take place) must pass the democracy test – and that includes ruling out ‘loaded’ or misleading wording.

But the problem is that this is a Private Member’s Bill, which has very limited parliamentary business time attached to it. So any increase in debating over matters such as this could lead to the bill running out of time and therefore never finding its way onto the statute books. James Wharton himself believes there is no reason to risk losing the Bill by debating a change to the wording. The Bill comes back to the House of Commons report stage on the 8th November.

But at the end of the day, the people who have no clue about our political position vis-a-vis the European Union are probably not going to be bothered to vote anyway. So let’s keep the wording as it is, keep the Bill running and at least give the people of the UK a fighting chance of a referendum on the matter.