Now that David Cameron has stated categorically that prisoners will not get the vote, Lord Lester has told the Telegraph that it was inevitable that they would get the vote.

Lord Lester, who sits on the Ministry of Justice’s Commission and the Bill of Rights Commission, said that the PM’s position was just political posturing. It would otherwise leave the UK in the same international position as a military Junta, he said.

Many people will of course vilify him for this on some sort of premise that prisoners have voluntarily foregone their rights. But that ignores the fact that the rights we refer to are said to be human rights enshrined in international law, which the UK has signed up to.

As they are human rights they cannot be taken away, if that’s what it takes to be a member of a club that we wish to remain a part of. So that’s what will happen in the end, some prisoners will get the vote despite what any politician says.

The Conservatives just hope that they can delay it until Labour get in so they can call them soft, or blame it on the LibDems if they have to cave in.

But is voting actually a human right? If so then why can’t under-18s vote in the UK? After all, even teenagers are human.

But do any human rights really exist at the final analysis? If someone is running riot with a weapon and killing others then he/she can be shot dead by the police. Just and fair you can argue, but that person’s human right to life was terminated.

So the rights we have are not ‘human’ rights, they are all just privileges. 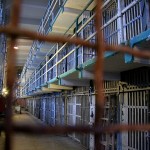 You are privileged to vote by attaining age.

You have a right to life as long as you endanger no-one else’s.

You have a right to freedom as long as you obey the law.

So there’s nothing fundamental about those rights.

The only ‘rights’ you really have are the ones that either you can enforce, or those that someone else can (and is willing to) enforce for you on your behalf from time to time. That is the reality.

Then there is the perfection around which the law is drawn up, where all governments must rule benignly over a faultless population.

The trouble is the lawyers and courts have a time-fulfilling and profitable job of sorting out the inevitable train smash between laws drawn up for a perfect world and the reality of life. Let’s draw up laws to suit so that we know where we stand.