Things in Somerton have moved on since I wrote this piece in October 2009 about the dispute between blogger 'muckandbrass' (Niall Connolly) and the local Town Council.

After all the to-ing and fro-ing the Audit Commission has come out and had its say.

In its report into the matter the Commission say that the Council:

The external auditor and report author Andrew Vince pointed to a list of failings but did say that 'The Council has taken significant action since 2008/09 to improve its governance arrangements to ensure that failings like this will not occur again.'

The blogger at the centre of the affair, Niall Connolly, has responded to the Audit as follows:

A statement by Niall Connolly, author of Muck&Brass

In November of 2009 I lodged a formal objection to the accounts of Somerton Town Council for the year 2008/9. The focus of the objection was the Council's sale of public land and subsequent purchase and refurbishment of an industrial unit to be used as a 'community hall'.

The Audit Commission approved an investigation of the relevant accounts and the External Auditor has now published their Report in the Public Interest. The full report can be found on the Audit Commission's website (since removed).

In their investigation and report, the External Auditor has made every effort to excuse the actions of Somerton Town Council and has sought the most generous interpretation of the facts. Given this approach, it is surprising that the Auditor has still been forced to describe expenditure as having been "unlawful" and has described the Town Council's actions as "an abuse of Public funds". Maintaining their generous approach, the External Auditor has not proposed any action be taken against any Councillors or Council staff or to recover funds.

The procedural recommendations contained within the report were, for the most part, enacted by the new Town Council on their own initiative, immediately upon their election in January of 2010, more than 2 years ago. In reality, the External Auditor's Report adds nothing to the documented facts that I presented to them in August of 2009.

The External Auditor's Report stands as an eloquent condemnation of the 'regulatory process' which is meant to govern our Town and Parish Councils. Delinquent Councils and Councillors the length and breadth of this country will be celebrating the publication of this report as it states clearly that wrongdoing and abuses will attract no consequences. This Report is, in fact, a blue-print for delinquency, a guide to what you can, as an elected representative, get away with.

The current Government is dismantling both the Standards Board for England and the Audit Commission with absolutely no clear idea of what will be put in their place. The current suggestion is that Town and Parish Council's will be 'regulated' by the relevant District Authority where objections will be adjudicated by friends of Local Councillors but at District level. Such a process will be even more generously disposed to wrongdoing.

As Michael Crick said on Newsnight in October of 2009, Somerton is only Westminster writ small. 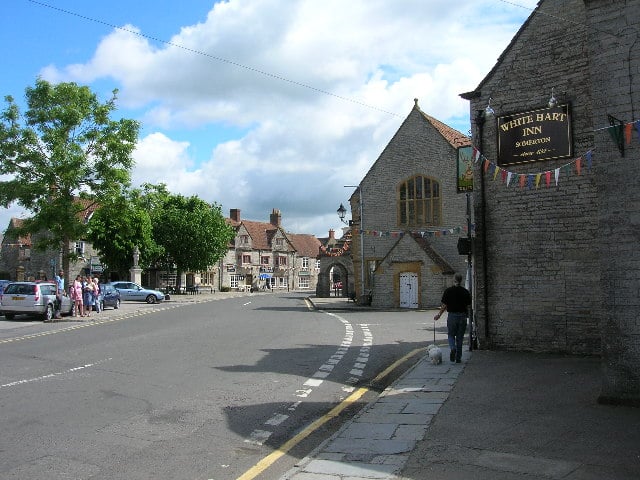 Poor to head North as housing benefits are cut