An analysis of trends in data between 2004 and 2012 by the provider of multi-asset class research, data and analytics has shown that M&A transaction volumes in Germany and Austria have bounced back from their post financial crisis slump, driven by activity in the SME arena (where an acquired firm has total annual revenue less than EUR100m). The data indicates that the number of deals involving small and medium-sized enterprises (SMEs) increased year-on-year from 179 deals in 2009 to 290 deals in 2012. By contrast, this growth was not reflected in the total transaction volume for non-SMEs.

Overall, German and Austrian M&A volume compare favourably to Western Europe as a whole, which saw activity contract by 30% over same period (2010 – 2012). However, the broader M&A market in Germany and Austria still has a way to go before returning to pre-crisis levels of activity. This is a trend that can also be seen in corresponding data from UK and France and is consistent with the prevailing uncertainty around the EU economic outlook.

Looking at the data from an investor’s perspective, 37% (106) of the 290 deals involving German or Austrian SMEs that took place in 2012 were cross-border and 184 were domestic deals. 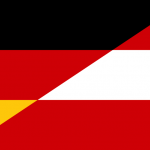 “Interestingly 5% of cross-border deals involved buyers from Russia, India and China in 2012 – the second highest share in the last 9 years,” highlights Mistry. “This reflects a recent trend of Emerging Market investors acquiring assets in order to deliver brand value and intellectual property to satisfy the demands of the growing middle classes”. The rationale for cross-border M&A activity is supported by S&P Capital IQ’s data which indicates that investors seem willing to pay a premium for greater market presence within one of the key segments of the German ‘Export Machine’.

From an industry angle the Capital Goods sector is revealed by the data to be an extremely attractive asset group, based on the total number of deals completed over the period of study (2004-2012). This is consistent with the overall economic profile of both Germany and Austria being net exporter nations on a global scale relative to other non-commodity based countries.