John AÂ Harrison, who was the original bass player with space rock band Hawkwind, has died aged 69 after battling with Huntington's disease.

Harrison was the first of a string of bass guitarists, which included Motorhead's Lemmy, to grace Hawkwind. It was Harrison's hypnotic Â and unique approach to the Â bass parts on their first album that became a hallmark of the Hawkwind sound, which was later adapted by those that followed him and also influenced a generations of bass players.

Hawkwind's self titled first album is believed by many fans to be their greatest. But it was also the first true 'Space Rock' album to emerge from the end of the 1960sÂ psychedelic era paving the way for further shamanistic mono-synth swept music that would gain a harder edge over the years as Hawkwind developed and refined their sound, culminating in classic albums such as Levitation which featured Cream's Ginger Baker on drums.

Former guitarist of Hawkwind, Huw Lloyd-Langton, paid a moving tribute to his old band mate recognising his talent andÂ contributionÂ to the band/genre of Space Rock as well as mentioning "His honest, solid character" 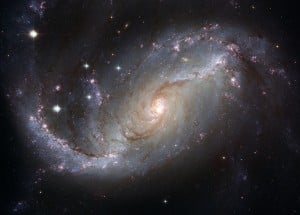 By The Hubble Heritage Team