Spain and Italy struggling for air

The recent calm in financial markets since the Cypriot bailout has bought more time for euro area governments under pressure. True, it has been far from completely plain sailing – Slovenia’s recent downgrade to junk status highlights the potential for it to be the next bailout applicant – but with borrowing costs for most countries having come down steadily since the ECB’s intervention last year, most governments have breathed a sigh of relief. Even Italy, where the new coalition’s ability to work together remains relatively untested, is currently enjoying ten-year interest rates of around 4% – well down from the 7% threshold that many people regard as unsustainable.

The problem is that, while market pressure has eased, there is still little sign of any light at the end of the economic tunnel. This week’s GDP data showed that the euro area as a whole remained in recession at the start of 2013. But more worrying was the news that the Spanish and Italian economies both shrank a further 0.5% in the first quarter, after even larger drops at the end of last year.

For some time now, the story in Europe has been that a pickup in growth in core countries such as Germany will gradually filter through to peripheral economies that are struggling to turn the corner. This narrative assumes that the German economy grows this year, and then strengthens in 2014; and that Italy and Spain will stop shrinking during 2013 and return to positive economic growth around the turn of the year.

The problem is that there is precious little sign of this happening. German GDP growth in the first quarter was just +0.1%, and France returned to recession after a second consecutive decline in national income. Even if Germany picks up steam during 2013 – and that is no small assumption – growth is likely to be measly at less than 1% this year, and only somewhat stronger during 2014. That will not provide much support to the likes of Spain and Italy. 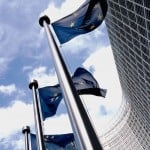 Both governments probably know this, and are likely to exploit the relaxation of fiscal conditions from the European Commission – they will run larger deficits for longer in order to support growth. But even with a slower pace of austerity, the likelihood that Spain or Italy will turn the corner at the end of this year is diminishing almost daily. We need to start seeing some firm signs that these economies can grow again reasonably soon,Â  which are far from evident right now.

Without growth, debt metrics for Spain and Italy will continue to spiral out of control. That increases the risk that – at some point – they need support from unwilling partners like the Germans, or contentious help from the ECB. Although financial markets are giving these countries the benefit of the doubt at the moment, without growth the situation is hopeless. Spain and Italy can only hold their breath for so long before they will need to come up for air.