As the world’s politicians voice their opinions that Greece must stay in the Eurozone another of its economies is teetering on the brink.

The Spanish Prime Minister, Mariano Rajoy, has come out and admitted that his country cannot afford to let one bank or regional government collapse financially as it would drag the whole of Spain down with it. "We are not going to let any region or financial entity fall,” he said “because otherwise the country would fall".

This follows the country’s largest bank bail-out last Friday when Bankia was rescued to the tune of â‚¬23.5 billion, which is about Â£18.8 billion.

The Spanish government is now propping everything up by feverishly pumping money into the bank that was created out of seven other failed banks just two years ago. They are investing their peoples’ money in it while its stock value plummets.

If Greece is a danger to the World’s economy, then what would Spain’s collapse be classed as with a GDP that is about four and a half times as large as Greece’s.

On top of their banking worries Spain’s retail sales have taken a hammering, plunging 11.3% compared to last year with no sign of a let-up in sight.

The picture is summed up by Enam Ahmed, senior economist at Moody’s Analytics as follows: “Spanish retail sales weakened in April, and prospects remain bleak. Household spending in Spain has been hampered by the large rise in joblessness, with more than two in 10 workers struggling to find employment, compared with about one in 10 for the euro zone. With Spain in recession and likely to remain in contraction into 2013, the labour market will weaken further. According to the latest purchasing managers' report on services and manufacturing, job shedding remains substantial.

Furthermore, a sharp downward correction in the housing market is still under way, weighing on households' perceived wealth. The residential property market remains oversupplied. Home values are still above historical norms compared with earnings and rents. Moreover, Spanish banks have been saddled with properties used as collateral on loans that went into default. At some point, they will have to sell off these assets, putting additional pressure on prices and weighing on activity. House prices have fallen by 21% from their peak of 2008 and will likely fall at least another 10% before they have fully corrected to previous excesses and to current economic conditions.

Meanwhile, the recovery in consumer confidence has lost steam since the second half of 2010, with sentiment remaining well below historical norms. Sentiment is constrained by the weak outlook. Confidence has also been tested by worries about contagion from the euro zone’s sovereign debt problems, the government’s austerity measures to correct its own ballooning fiscal deficit, and concerns about the weakness of the Spanish banking industry. The premiums on Spanish government paper over their German equivalent remain elevated by historical standards, and if 10-year yields persist above 6% for an extended period, it could jeopardise the long sustainability of public finances.” To access the full report click here.

So the grand European political project goes on even as economies crumble before us. Are we not now just on a one-way track to complete collapse? 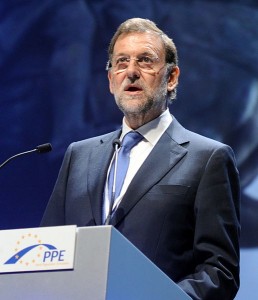