SpereRoom.co.uk reports that room rents across the United Kingdom have increased by four percent over the last year.

According to HitWise, SpareRoom.co.uk is the UK's top flatshare website at over four times busier than its nearest rival.

SpareRoom reports that London saw the biggest increase where average rents have gone up by 4.9 percent over the year and by 2.35 percent in the last three months.

Aberdeen leads a surge in room rents in Scotland with a rise of 12.75 percent over the year despite falling back by 7 percent in the last quarter.

But says spareRoom, "Savings are available over last year's advertised rents in some unusual places – EC postcodes in the City of London have seen falls of over 5% since 2012, and West London is also slightly cheaper than last year, though this quarter rents have risen by over 5%."

On the basis of the previous three months:

Demand: West central London rooms were most in demand over the past three months followed by East Central London and East London. 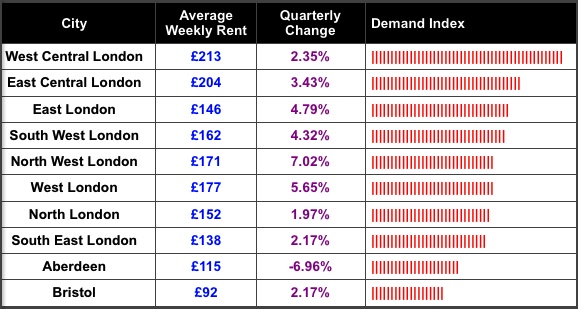 Those with the least demand were Llandindrod Wells, Galashiels and Dumfries. 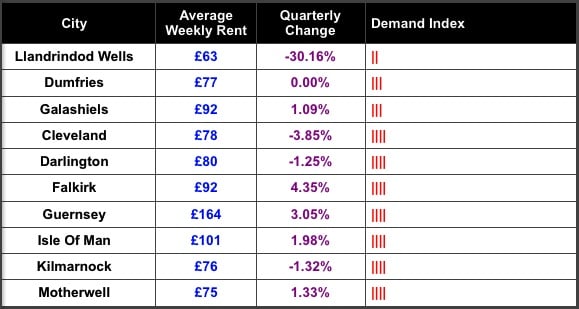 Average Weekly Rent: Looking at the average weekly rent charged the highest was in West Central London followed by east Central London and West London. Only Guernsey in fifth spoiled a London clean sweep at the top. 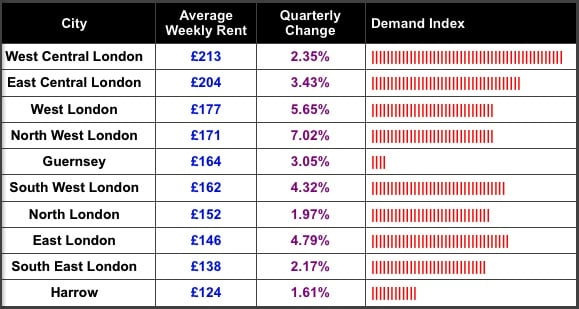 At the bottom of the cost scale was Llandindrod Wells followed by Belfast and Huddersfield. 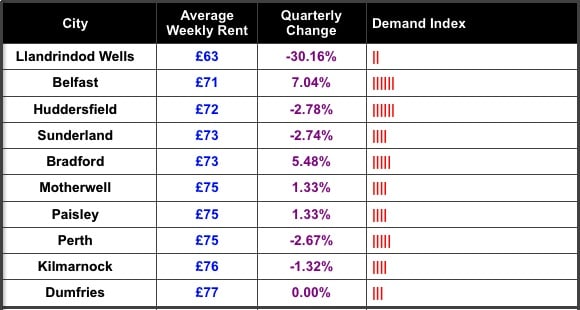 Quarterly Change: Southall saw the largest upswing in average room rents over the quarter with a rise of 87% followed by Watford and Halifax. 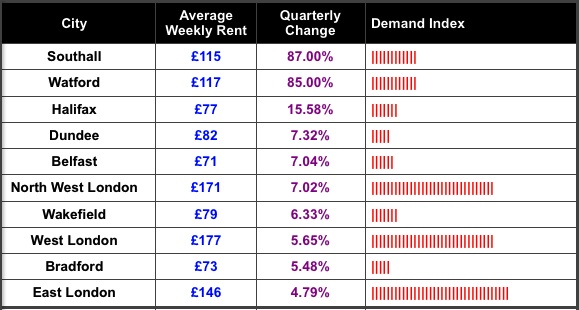 At the bottom of the quarterly change scale was Llandindrod Wells then aberdeen followed by Wigan. 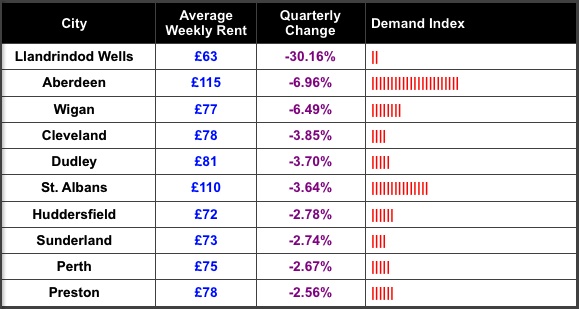 Overall the average room rent across the UK over the last quarter was £97 and the average increase in price was 2.16 percent.

TheCityUK response to the Chancellor of the Exchequer's Budget 2015