It's campaign season, and that means non-stop media coverage of candidate polls, quips, gaffes, tweets, emails, controversies, lies, and scandals. It all makes for a good soap opera. Unfortunately, it's almost all irrelevant in the big picture.

The media prefer to focus on the sideshow rather than the 800-pound gorilla in the room: the looming debt crisis. Nothing that comes out of a pundit's mouth or a Hillary Clinton email will close the $210 trillion long-term fiscal gap the US now faces.

First up, Members of Congress are considering full funding for Obama's budget, and the fiscal year begins October 1st. Not surprisingly, the Obama administration's new budget calls for spending much more than the federal government will take in. So Congress will need to raise the statutory debt limit within a few weeks in order to make that spending possible. 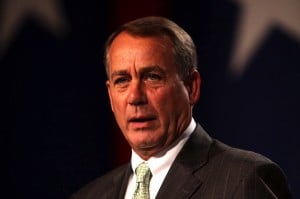 To their credit, fiscal conservatives have just forced Speaker John Boehner (R-OH), a proponent of runaway deficit spending, to announce his resignation. But Boehner is defiantly vowing to ram through Obama's budget and a higher debt limit before his exit in 30 days.

If enough members of Congress raise enough of a fuss, they can still prevent a debt limit increase from going through. But the Treasury Department says the “extraordinary measures” it's taking will only keep the government funded into November. So the threat of a default are already getting played up by the Obama administration, its apologists, and the media.

But the debt ceiling drama isn't the debt crisis that Americans should be most concerned about. There is a near 100% chance that the government's borrowing limit will ultimately be raised – just like it has been every other time Congress faced the specter of default. Despite some tough talk, enough politicians can be counted on to capitulate just in time to spare the country from having a government that lives strictly within its means.

Assuming the debt ceiling is eventually raised, the move will make the coming debt reckoning that much bigger. Officially, the national debt now comes in at $18.1 trillion – about equal to the nation’s total economic output for a year. Adding in all projected unfunded liabilities brings the total to about $210 trillion, as calculated by economist Lawrence Kotlikoff.

Meanwhile, demand for US debt obligations appears to be on the wane. China, formerly the largest holder of US government bonds, recently trimmed back its Treasury holdings by more than $140 billion. It also boosted its gold bullion reserves.

This could be the early stages of a longer-term trend that would not bode well for the bond market. “If Beijing dumped hundreds of billions of dollars of Treasuries, US yields would skyrocket,” warns Bloomberg View columnist William Pesek.

The world's largest holder of Treasuries is now Japan. Japan itself is one of the world's most indebted nations, making its leveraged Treasury position precarious. How much longer will the Japanese be able to continue issuing debt in yen in order to fund purchases of dollar-denominated Treasuries?

And who will be able or willing to fill in the void left by waning demand from Japan and China? Europe is broke, and most of the rest of the world's countries are too small, too poor, and/or too indebted to be a major financier of Uncle Sam's massive spending habits. It's difficult to see private investors flooding into Treasuries en masse without the incentive of significantly higher real interest rates.

The problem is that the government's financing model depends on issuing debt with a negative real yield – which is to say, an interest rate below the actual rate of inflation. The only institution with an outsized appetite for bonds that sport negative real returns is the Federal Reserve (whose balance sheet has swelled from $1 trillion to $4.5 trillion since the 2008 financial crisis). The Fed is Uncle Sam's lender of last resort and has been the great enabler of runaway debt spending.

Since 1971, the federal government has failed to run a balanced budget 91% of the time. It's no mere coincidence.

As financial analyst Mike Patton tells Forbes readers, “In July 1971, President Nixon ended the right to convert US currency to gold and caused what became known as the ‘Nixon Shock.’ Without a gold standard, there was nothing to back the dollar, and the door was opened for increased Congressional spending.”

Absent a return to sound money and a gold standard or some other form of independent, objective restraint on Congress and the central bank, there's little reason to believe a debt crisis can be averted. The temptation to paper over excess spending with excess currency creation is simply too great.

As the debt grows and the currency supply grows along with it – both at higher rates than the rate of economic growth – the debt crisis will likely morph into an epic inflation crisis. Prepare accordingly.