We are seeing a rise in the demand for super-light and strong carbon fiber composite, which is used in multiple applications for both commercial and consumer use, based on my stock analysis.

Carbon fiber is known for its high weight-to-strength ratio and as such, it has been increasingly used in the construction of numerous products that demand lighter weight without compromising strength. This is the very reason why carbon fiber composites are a favorite of the airline sector, where we are seeing a move towards building lighter fuel-efficient planes that can fly further for a lower cost while maintaining structural strength.

My stock analysis notes that we are seeing the emergence of carbon fiber in numerous applications, such as sports cars, bikes, golf clubs, and other everyday uses, including sports equipment and electronic items. Sectors employing carbon fiber include aerospace, automotive, offshore drilling, infrastructure, marine, energy storage, and wind turbines.

The industry numbers don’t lie. According to my stock analysis, the global carbon fiber market is estimated to grow 17% annually over the next five years to around 118,600 tons, and it is thought to be worth about $7.3 billion by 2017, according to “The Future of Carbon Fiber to 2017” report produced by Smithers Apex. The report estimates the annual growth for carbon fiber-reinforced plastics for the period from 2012 to 2020 will be 16%. These metrics suggest a buying opportunity for carbon fiber plays that could benefit from the growth, based on my stock analysis.

A special situation stock that I like in the carbon fiber market is Hexcel Corporation (NYSE/HXL), a maker of advanced composites that include carbon fibers, reinforcements, prepregs, honeycomb, matrix systems, adhesives, and composite structures.

The three major areas of focus for the company are commercial aerospace, space and defense, and industrial, as my stock analysis indicates. 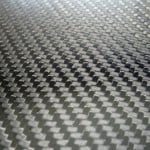 The biggest market for Hexcel is Commercial Aerospace, with sales of $283.6 million, or 67% of total sales, in the fourth quarter of 2013. Key clients include Airbus Group and The Boeing Company.

Space and defense is the second key sector served with sales of $88.8 million or 21% of total sales in the fourth quarter. The industrial sector rounded out the final 12% of sales with clients in the wind turbines sector, based on my stock analysis.

If Hexcel can reap the benefits from the use of carbon fiber, we could see the share price continuing to edge up to new highs, based on my stock analysis.