This installment of what is being described as 'THE' go to strings sample library, comes complete with a new set of articulations whilst filling in the small gaps for second violins and violas that were excluded from Mural One i.e. longs harmonics, flautando  Longs, unmeasured trems, bartok pizzicato.

Just like Mural One, each section comprises of the crème de la crème of string players from across the globe performing with the finest instruments including some that are of historical significance.

Mural Two is comprised of….

We are looking at 16 players in first violins one, 14 players in second violins, 12 players in violas, 10 players in cellos and 8 in the bass recorded by Jake Jackson in situ at Air Studios with a large array of industry leading microphones straight to 2 inch tape via the world's largest Neve mixing desk and Neve Montserrate pre-amps down to 96k 24-bit.

This really is arguably an unbeatable recording chain that has captured these string performances which are then presented to you with an easy to navigate interface within the Kontakt player to score with.

A nice range of strange effects has been added and there is also a new 'dig' articulation for the basses. 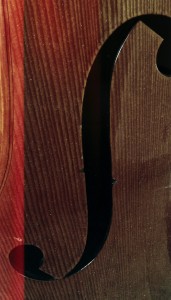 I mean lets face it Mural 2 has a very big brother in Mural One to live up to.

Well, as you would expect from Spitfire the GUI is designed for maximum expression of the new articulations samples which sound crystal clear across the frequency range of the respective instruments, yet not coloured in any way.

The close, tree, ambient, outrigger and leader mic positions are all unique in their spacial definition and superb for manipulating room perspective in the mix.

All the warmth, drama and subtleties of a real symphonic orchestra are at your fingertips and to my mind, listening back to a well crafted mix like the breathtaking Waltz of the Faerie Queene demo by Andy B on the Spitfire website, proves how indistinguishable from a 'real' orchestra Mural is.

Note for producers and composers seeking a full articulation range

Mural Two really opens up the palette established by Mural One even further and I suspect that, just like the BML Sable range, there will be further additions to the Mural series (I may be very wrong here) that will extend this to match/possibly exceed the BML Sable articulation range but between Mural One and Two you really are getting a comprehensive set of articulations that will almost certainly cover all of your demands.

Yes, Mural Two does work to the larger part without Volume One but I would not recommend starting at Mural two because you are missing all the basic articulations across the board unless of course you are specifically seeking out only the articulations found in Mural two.

Is it value for money?

At the end of the day we are looking at a very high end product here that in total will cost you a pretty penny if you go for the full Mural articulation range when you take into consideration the massive costs involved in producing the BML range and the quality of the end result the answer to whether or not it is value for money is a no brainer.

Another thing to think about is the longevity of the BML range because of the aforementioned recording chain, so you will be saving money in the long run by not having to constantly update to new and different strings libraries outside of the BML range.

Now then…..I decided to see what I could do with Mural Two and I was shocked at how inspirational this set of articulations are in guiding a composition.

At the bottom of this article are videos of two short and separate compositions I made using Mural Two alongside Spitfire's Mural One, Albion 2 and Redux Percussion for context.

The first one is a very broad cinematic piece that demonstrates the dynamic range possible with Spitfire's libraries with the second violins from Mural Two taking taking center stage underpinned by the fantastic 'Digs' articulation for the basses.

But to hear what Mural can really do just go and listen to the demos over on the Spitfire site.

Mural is the way forward if you want the realistic grandiose sound of a symphonic orchestra so I give full marks 10/10 to Mural two for being a most expressive, sensitive and downright beautiful follow up to Mural One and the expansive BML range.