A new 40,000 seat sports stadium could be a catalyst for the long-term transformation of Old Oak Common, helping to create tens of thousands of new homes and jobs, according to the Mayor of London, Boris Johnson.

Queens Park Rangers Football Club and their partners, Stadium Capital Developments, today (13 December) unveiled plans for a new stadium in the heart of the regeneration area at Old Oak Common, a 195 acre, semi-industrial site between Harlesden and Acton in west London. The Mayor of London's Office and Hammersmith & Fulham Council have been in discussion with QPR for several months to consider the potential to bring forward a new stadium and significant private sector investment into the site.

Old Oak Common is currently one of the most deprived parts of London. However, the Mayor of London, together with Hammersmith & Fulham, Brent and Ealing Councils have been working on plans to transform the area into a thriving new district with up to 24,000 new homes and 50,000 jobs linked to plans to build a 'super hub' High Speed 2 (HS2) and Crossrail station by 2026.

The proposed station will be the same size as Waterloo and will handle 250,000 passengers a day and link the two largest infrastructure projects in the UK. It would also have direct access to Europe via HS1 (Eurostar), with Paris just over two hours away. To support the development, it is critical that improved links to the London Overground and the West Coast Main Line are made – a case that TfL is making to HS2.

Five of the nation's airports will be linked to the high-speed rail network for the first time through the Old Oak interchange. Central London and Heathrow will be just 10 minutes away, Birmingham will be 40 minutes direct from Old Oak and Luton, Gatwick and City Airport will all be within 45 minutes. In addition, if the Government decides to move Heathrow to a new hub to the east of London, there will be a direct connection from Old Oak via the HS1 link in less than 30 minutes. 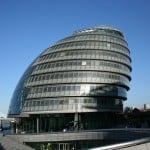 "The arrival of Crossrail and HS2 has the potential to bring widespread economic and social regeneration to this corner of London on a scale not seen since the Olympics transformed Stratford if we get the design and transport links right.

"As well as making Old Oak Common, Britain's best connected railway station, the scheme would create tens of thousands of new homes and jobs, schools, open spaces, shops and leisure facilities in an area crying out for improvement.

"The construction of a new sports stadium within the regeneration area could prove to be a real shot in the arm as we look to create an entirely new city quarter and make Old Oak Common the King's Cross St Pancras of West London."

"Old Oak Common is set to become Britain's first high speed super hub station and this creates unrivalled opportunities for both the public and private sectors to create new jobs, homes and opportunities around what could become the Kings Cross of west London.

"QPR is a unique local community asset and the fact that they are looking at building a 40,000 seater stadium at Old Oak is a very exciting development that could help to act as a catalyst for the wider regeneration of this part of west London.

"We will continue engaging with HS2, the GLA, QPR and other partners to ensure that the HS2 proposals deliver the optimal benefits for the borough's residents."

Some parts of the Old Oak area – which includes a large amount of railway land with train depots, two waste recycling facilities and other light industrial uses – are within the 20 percent most deprived wards in England in terms of both social and employment deprivation.

Israel and Turkey, friends no more

Don't Talk About Stress in the City

CHART OF THE WEEK: Fiscal Effect of Immigration