St Davids Pembrokeshire: and a pilgrimage of two drunken wasters

The year was 2000 and this writer was in his late 20s sitting in the upstairs living room (which was painted purple thanks to a drug induced Bohemian phase) I had made out of my grandmother's bedroom in my mothers house. 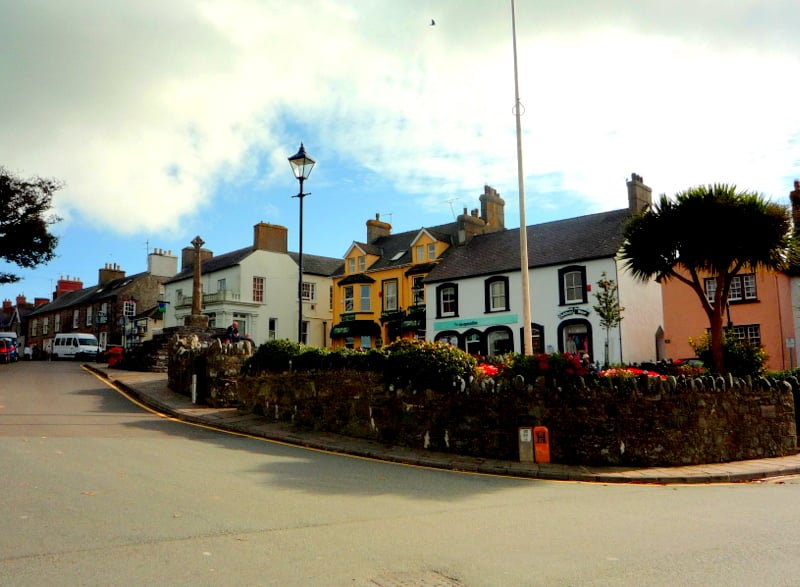 Luckily for my grandmother she never lived to see the desecration that would befall her sleeping quarters whilst she was in earthly incarnation. A friend rings me out of the Blue….lets go to St Davids camping.

The idea was a great one….lets leave our mundane existences and do some traveling around the coast of Wales to find some inspiration to relieve our boredom and self indulgent alcoholic routineÂ  in favor of new experience.

So, after establishing which one of us would probably pass a breathalyser test, we set off from the south Wales valleys and headed towards West Wales to find out what exactly was over there.

On the journey I had visions of being burnt in a wicker-man effigy for not speaking Welsh and my friend cowardly pushing me into a burning sacrifice because he was fluent in Welsh in some paranoid deluded moment of nationalism. 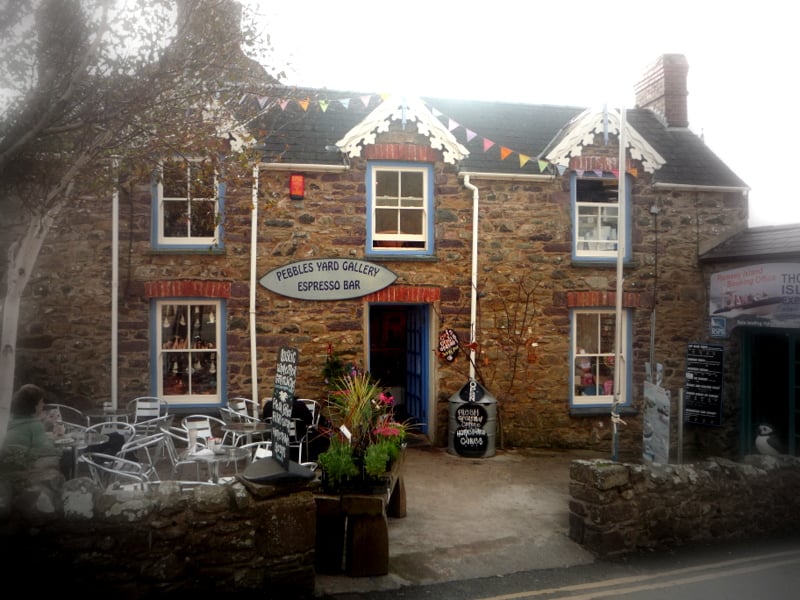 We encounter some breathtaking views, beaches and villages on our way to St Davids that came as a great surprise to us.

First of all we drive down the panoramic view of Newgale where the surfing looks excellent, the only trouble is darts and pool are perceived as danger sports to both of us and we quickly recognise our own personal failings in the sports department and drive swiftly onto the next coastal village called Solva.

Solva is a quaint picture postcard seaside village that would be nice to visit with a family and children however we were both single and it did not offer anything for the drunk, so off we trundled with alcohol cravings starting to take over.

We arrive in St Davids and parked the car in a car park where we are the only car.

Sitting on a bench in the car park is an elderly lady with a giant lifeboat shaped charity box on her lap. We exchange good afternoons and she asks us if we are lifeboat people. Not wanting to disappoint her we reply in unison with a resounding "Yes"…her eyes light up and she says "I thought you were…we are all lifeboat people here you know!".

Before we can dig ourselves any deeper we tell her to keep up the good work and put some money in the charity box and bid her good day.

Our priority changes to where we shall sleep and to determine the nearest campsite where we shall weather the elements. But valuable drinking time is now being wasted and we want to get wasted so we courageously book into a B&B for the night and venture forth into St Davids town for much needed alcoholic refreshment.

We find a great pub with real ales and real fires with an ambiance perfect for getting into a terrible mess.

After consuming large quantities of real ale and spilling a pint over the landlord we are thrown out of the pub luckily at semi optimum drunkenness and we feel satisfied with the result. 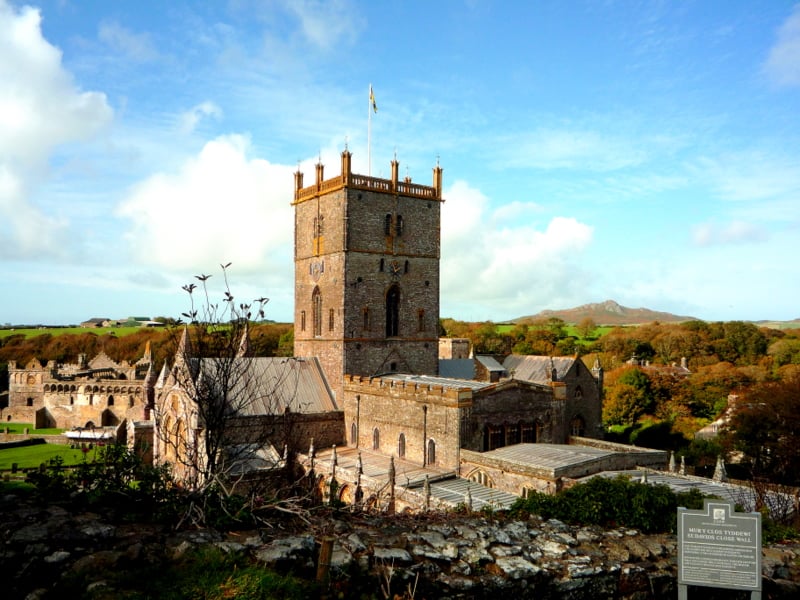 My friend who has procured a bottle of Jack Daniels decides now would be a good time to go to sit in the grounds of St Davids cathedral and smoke a few joints whilst drinking JD. We find a most accommodating bench and perch ourselves up on it whilst my friend roles the first of many spliffs.

Whilst enjoying the warm glow that cannabis has offered us, my friend points out that there is legend about the cathedral grounds breathing which I dismiss as being a load of rubbish and ask him to stop making such strange breathing noises.

He protests at my request and informs me that the strange noises I am hearing are not coming from himself but from the cathedral grounds. I had to test his honesty in this matter and proceeded to put my hand over his mouth to see if the breathing noise would stop.

It did not stop.

Panic overcame me and I would say the effect of 3 joints wore off but that would be telling fibs. We run to our B&B to get away from these terrifying noises and get lost only to find a restaurant with a menu that looks excellent.

So steak it was.

After a belly full of food it was decided that now would be a good time to return to the B&B and off we go.

The following morning we arise in a not too sober state and frighten families with our disheveled and somewhat grumpy demeanours and go for a walk to burn off the residue booze still in our bloodstream.

It only occurs to me on our journey home that we did not meet one Welsh person in St Davids…..could this be because the English drove them out? We conclude this proposal very quickly with a bout of apathy and feel it is far more important to get home to our local pub where we are on familiar ground and going new places is far too upsetting to our routine.

Give free heroin to addicts on the NHS says nurses leader

All smiles for launch of oral health campaign

The quiz lovers quiz, no cheating!