St Louis is undergoing what appears to be urban warfare exercises which have prompted concerns by local residents andÂ observers.

Apparently the exercises are very much geared towards the training of reserve forces, or at leastÂ focusing training in the proximity to the reserve centre.

The exercise are due to end on the 28th of this month, however local residents are confused as to why military vehicles are being driven inÂ civilianÂ areas when there are perfectlyÂ adequateÂ military training grounds, which simulate urban driving where troops and reserves can train together.

Even though there are many citizens who have been reported to support the exercises there are serious concerns raised by other more learned residents as to the reasoning behind such visible tank movements on the streets leading to some mothers grabbing their children off the streets and taking them inside the family homes just in case martial law is being applied.

The police have tried to put fears to rest saying the army exercises are nothing to worry about and Fox 2 now have reported that citizens are perfectly fine with a militaryÂ presenceÂ in St Louis but that is just one side of the story.

Reports in the alternative media have speculated that theÂ manoeuvres are part of a general conditioning process by the US Army toÂ nullify public fear and opposition for a time when the military might be seen on the streets as part of everyday life.

An everyday military presence on the streets to maintain order after a breakdown in society through a financial collapse or a false flag event is being cited by some pundits as justification for such war games but with the military remaining tight lipped on the matter one can only wonder at the reasoning behind theseÂ manoeuvres.

But the absence of significant media attention on the situation in St Louis isÂ conspicuous to say the least, perhaps St Louis is the test-bed for US Army training in a real life urban setting.

Or maybe it is an integral part of military exercises, make your own mind up. 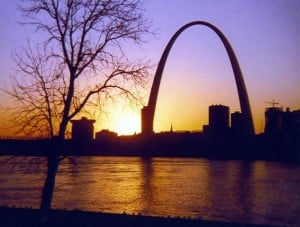