Standard Chartered – a journey from boring to dangerous

Barely a week ago Standard Chartered was happily describing itself as ‘boring’ but today sees its shares price dive after US regulators charged it with scheming with Iran to hide $250 billion worth of transactions so being a danger to US security.

Just seven days ago Standard Chartered was sitting pretty by defying the markets by showing a decade of profits and quite content to be considered as a boring option. The bank’s chief executive, Peter Sands, said at the time that it had been steady “amidst all the turbulence in the global economy and the apparently never-ending turmoil in the world of banking” and that “we see some virtue in being boring”.

Standard Chartered was also considered as a good bet for retirement stock. [1]

But after the shock of the New York State Department of Financial Services (DFS) labelling the bank a rogue institution and accusing it of hiding 60,000 transactions worth some Â£161 billion with ‘Iranian financial institutions’ from regulators yesterday, the wheels started to quickly come off.

25% was wiped off the shares of Standard Chartered and it faced having its New York banking licence revoked within hours of the superintendent of the DFS, Benjamin Lawsky, coming forward with his 27 page order.

The bank has today quickly come back and has ‘strongly rejected’ the claims by the DFS claiming that ‘well over 99.9%’ of the transactions in question complied with the rules. It also says that it voluntarily came forward with information in January 2010 and believes the DFS line is not “a full and accurate picture of the facts”. 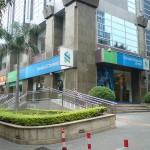 The DFS has ordered that the bank send a representative to New York City on 15th August in order to “explain these apparent violations of law” as well as show why its New York banking licence should not be removed.

The message it seems is throw some mud about, than cause the target loss then tell it to disprove the allegations. I thought it was innocent until proven guilty, even for bankers and even in the US.

Should the allegations prove unfounded then there may be a lot of unhappy taxpayers in New York forced to stump up to compensate for the losses.

15,000 staff on zero hours contracts to be offered contracted hours