The warning comes as the US coffee giant announced it is reviewing its tax position with HMRC, following publication of a scathing report by the Public Accounts Committee which was based MPs’ recent grilling of executives from several multinational firms.

Nigel Green, chief executive of the deVere Group, comments: “Should Starbucks pay one penny more in tax than they are lawfully required to, simply because of pressure from a committee of politicians, it sets a serious anti-business precedent.

“A tax system which is based on ‘donations’ as a result of blistering attacks from MPs on a handful of high-profile companies, could deter foreign firms from investing in the UK.

“Indeed, in many ways, the whole saga flies in the face of Mr Osborne’s message that ‘Britain is open for business.’

Mr Green also points out that by not legally mitigating its tax liabilities for its shareholders, the Starbucks board might be in breach of its fiduciary duty. 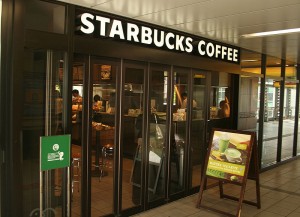 Why This Railroad Stock’s the Best Benchmark on the U.S. Economy