The Serious Fraud Office (SFO) has announced today that it has closed its investigation into the conduct of liquidity auctions held by the Bank of England during the financial crisis in 2007 and 2008.

The SFO said that after a thorough investigation, it has concluded that there is no evidence of criminality in relation to this matter.

It has been a matter of public record since March 2015 that the SFO was investigating material referred to it by the Bank concerning the Bank's and auction participants' involvement in certain liquidity auctions in 2007 and 2008. The Bank had self-referred this matter to the SFO in November 2014 as the result of an independent inquiry which the Bank itself commissioned in June 2014. The SFO opened an investigation on 16 December 2014. The SFO's decision today takes into account all matters notified to it by the Bank.

The events which the SFO investigated occurred nearly a decade ago. The investigation focused on the conduct and operation of certain of the Bank's liquidity auctions at the height of the financial crisis when a number of systemically-important UK financial institutions were under unprecedented stress. The financial crisis exposed shortcomings in the Bank's frameworks for providing liquidity insurance, operating procedures and governance arrangements. In particular, the relevant Bank frameworks had not been designed to meet the extraordinary needs of markets and intermediaries at that time. They did not define a mechanism to support a banking system facing a sharp reduction in the liquidity of its key asset classes and a shortening in the term of its wholesale funding, and were also unable to stabilise overnight interest rates in these circumstances. This hindered the effectiveness of the Bank's response in the early phase of the crisis, and was overcome only through the commitment of Bank staff to innovate continuously in difficult circumstances to meet the liquidity needs of the banking system more effectively. 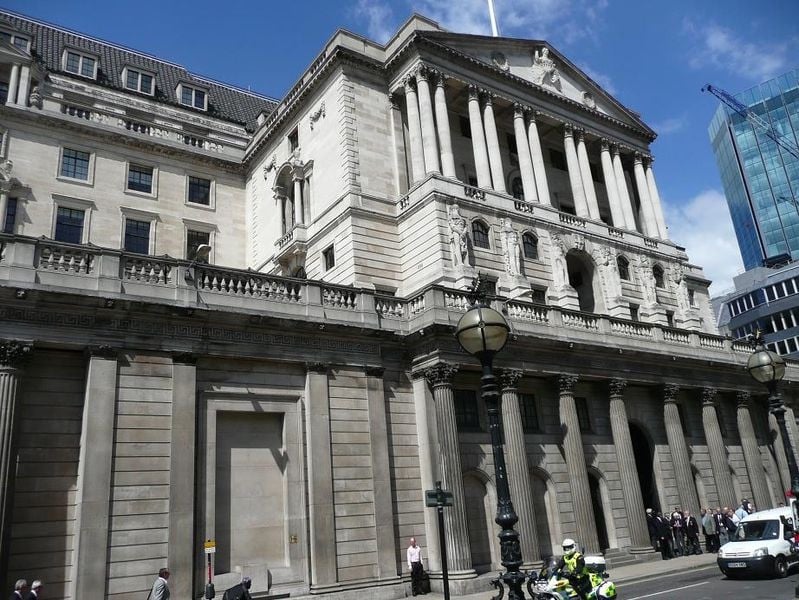 After the SFO's decision to open an investigation, the Bank moved quickly to establish whether there was any other potential misconduct in any other key market operations during the financial crisis. The Court of Directors of the Bank commissioned a rigorous and comprehensive review of other key market operations during the financial crisis. The extensive review commenced in July 2015 and was conducted over 12 months by the Bank's Legal Directorate, with the assistance of external counsel. The review found no evidence of misconduct by any individual Bank employee. The review resulted in a number of recommendations which the Bank has now implemented. The Bank is today releasing details of the Court- commissioned review and those recommendations.

This review is a recent illustration of the Bank's commitment to greater openness and transparency. The lessons of the crisis and the results of Bank innovation are now embedded in a thoroughly overhauled and comprehensive framework for market operations. The Bank has completed a series of reforms to the Sterling Monetary Framework (SMF), including reforms made following an external report on the Bank's framework for providing liquidity to the banking system by Bill Winters in 2012. The Bank has changed the operational design of specific market operations, which has significantly reduced the ability of participants to manipulate Bank operations. For example, auction structures have been changed and the Bank's fee structures for policy operations no longer use submitted reference rates.

The Bank has also improved risk governance arrangements, established an internal Compliance function with a Charter and work programme approved by the Bank's Court of Directors, implemented a Bank-wide Code of Conduct and annual attestation process for staff, adopted a new escalation policy for Bank employees who become aware of information relating to potential improper conduct, and published the Market Intelligence Charter which explains clearly the terms of the Bank's engagement with financial market participants and its rationale for gathering market intelligence.

Since 2013, the Bank has also played a key role in addressing conduct and accountability issues in the wider financial sector. The Bank has worked to help to restore public trust in financial markets through initiatives such as the Fair and Effective Markets Review, engaging with market participants and external stakeholders in the Bank's Open Forum, and with the implementation of the Senior Managers Regime (SMR) to strengthen individual accountability and support a change in culture at all levels in banks, building societies and insurers. The Bank has also applied the core principles of the SMR to its own senior management.

IHT planning and investing will be hit by anti-avoidance measures