Statements from Jeremy Corbyn, Carwyn Jones and Tom Watson on the death of Rhodri Morgan

Jeremy Corbyn, Leader of the Labour Party, commenting on the death of Rhodri Morgan, the former First Minister for Wales, said:

“Tonight we've lost a good friend, a great man and, above all, a giant of the Welsh Labour movement.

“Rhodri was an incredibly effective First Minister for Wales. He stood up for Wales, its people's future and its public services. So much was achieved in his nearly ten years in the post, making a real success of devolution and laying the foundations for what the Welsh Government is accomplishing today.

“I first met Rhodri in 1987 on his election to Parliament and we became good friends. Our thoughts are with his wife Julie and the rest of the family. They can be truly proud of Rhodri's enormous achievements.” 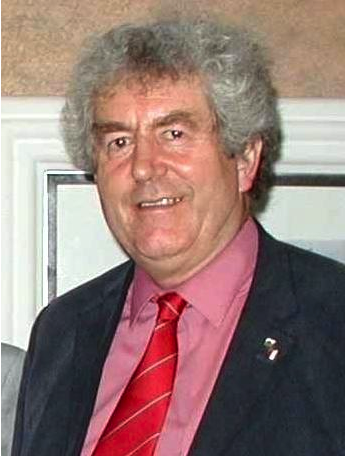 “Wales hasn't just lost a great politician, we've lost a real father figure. In very many ways Rhodri wasn't like other politicians, and that is why people warmed to him, trusted him and felt like they knew him so well. He was funny, clever, engaging on almost any topic and absolutely passionate about all things Welsh.

“I owe him a great deal, just as we all do in Welsh Labour. He did so much to fight for, and then establish devolution in the hearts and minds of the public in our country. His bright confidence was infectious, and we can see so much of Rhodri's can-do attitude in our modern Wales. That first decade of self-governance, and making distinct choices for Wales will forever be associated with his leadership.

“He will be hugely missed, and my thoughts are with Julie and all the family at this sad time.”

“Rhodri was one of the greats and I'm very sad to learn of his death.

“I was with Rhodri and Julie on Thursday at a dinner in Cardiff for Labour MPs and he was as irrepressible as ever, laughing and joking with friends and guests.

“He will be remembered for his fierce intellect and his passion for the Welsh people, whom he served with distinction.

“He was a gifted First Minister of Wales, a respected Labour leader and a fine man.

“The Labour movement will miss him. My thoughts and prayers are with Julie and the family.”

‘No’ answer still leaves tax questions for a devolved Scotland