Negotiators on both sides of the UK-EU talks should aim to agree transitional arrangements as soon as possible.

A limited period of transition, beginning when the Article 50 process ends, would provide firms with continuity and certainty, protecting jobs and trade flows. This is why the CBI is today (Thursday) proposing that the UK seeks to stay inside the EU single market and a customs union until a final deal is in force.

The question is not whether the UK leaves the EU, but how. Firms are committed to making a success of Brexit. The CBI’s proposal is to build a bridge from the end of the Article 50 process in March 2019 to the new deal, maximising continuity for firms and avoiding a damaging cliff-edge. Crucially, it would mean that firms would only need to make one transition.

In a lecture at the London School of Economics, Carolyn Fairbairn, CBI Director-General, and Rain Newton-Smith, CBI Chief Economist, will argue that uncertainty is biting on our economy and our firms. The complexities of 21st century trade and the prospect of serious disruption from a ‘no deal’ outcome means businesses are changing plans and slowing investment now. The Government must put living standards and jobs first. 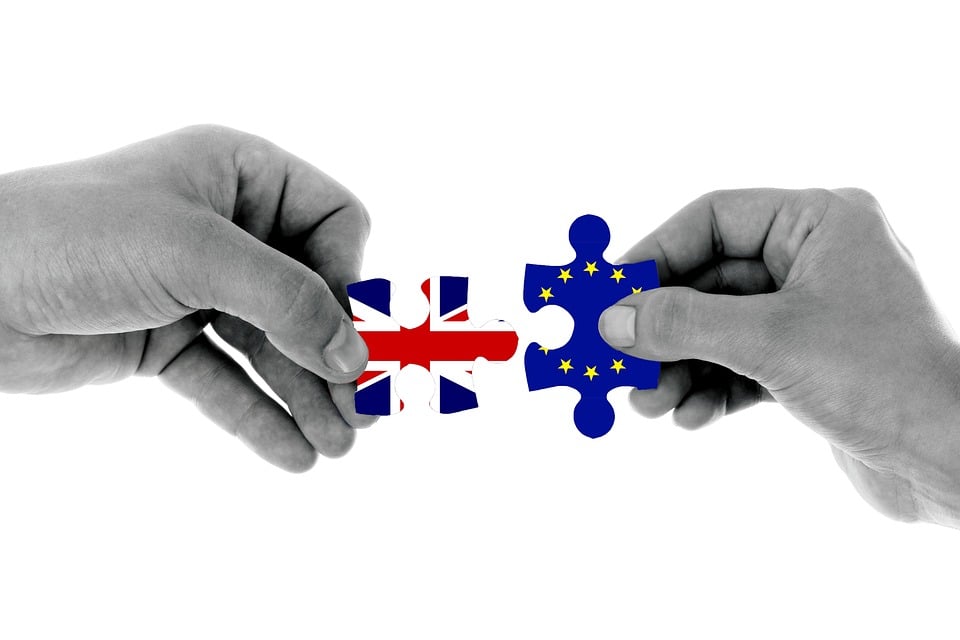 Carolyn and Rain will make the case that staying inside the single market and a customs union until a deal is in place is the simplest route and a common-sense solution. It would give both negotiating teams time to iron out details and instil confidence in companies across Europe, spurring investment and job creation throughout this period of profound change.

“Instead of a cliff edge, the UK needs a bridge to the new EU deal. Even with the greatest possible goodwill on both sides, it’s impossible to imagine the detail will be clear by the end of March 2019. This is a time to be realistic.

“Our proposal is for the UK to seek to stay in the single market and a customs union until a final deal is in force. This would create a bridge to the new trading arrangement that, for businesses, feels like the road they are on. Because making two transitions – from where firms are now to a staging post and then again to a final deal – would be wasteful, difficult and uncertain in itself. One transition is better than two and certainty is better than uncertainty.

“Firms tell us this feels like common-sense. But if others have alternatives that deliver equivalent economic benefits, now is the time to put them on the table.

“The goal should be a framework for the new trading relationship before we exit in March 2019. A ‘heads of agreement’, to use the language of business, in writing, that will allow technical talks to start.

“We need a bridge to the new future, and, with our EU partners, should start building it now.

“The prize is more investment, more jobs and reduced uncertainty for firms here and in Europe.”

On the UK’s exit from the EU, Carolyn will say:

“This is not about whether we are leaving the EU, it is about how. Once the Article 50 clock strikes midnight on 29th March 2019 the UK will leave the EU.

“Our proposal for a limited transition period paving our way to a new future. This common-sense approach would bring continuity to firms in the UK and the EU and protect investment today.

“We’re seeking the most ambitious and comprehensive free trade deal ever agreed in history. “A deal which makes sure bakers in Northern Ireland can sell their bread to Dublin without delay and barriers. A deal where car manufacturers can continue to bring in parts from all over the EU without red tape. A deal where cosmetics firms can work under one set of standards across Europe. A deal where our services firms, which are 80% of our economy, can continue to export to their main market, in particular our financial services.

“Because barrier free trade brings jobs, growth and well-being to all parts of the UK and elsewhere in Europe.”

On the risks to investment, Carolyn will say:

“The prospect of multiple cliff edges – in tariffs, red tape and regulation – is already casting a long shadow over business decisions. The result is a ‘drip drip’ of investment decisions deferred or lost.

“A major European engineering and electronics firm has told us it has shelved plans to build a UK innovation centre.

“A UK infrastructure provider is already having problems retaining and recruiting skilled workers from the EU needed to build the rails, roads and houses already planned.”

On the implications of staying in the Single Market and a Customs Union during transition, Carolyn will say:

“If agreed soon, firms here and from elsewhere in the EU will know they face greater stability for a number of years and will carry on investing. They will know they won’t have to adapt twice – first to the transition and then to the final plan.

“In practice, it would mean the UK would adhere to the EU’s common trade policy, for both internal and external trade, for the duration of the transition period.

“Staying in the single market guarantees continuity for business operations. Staying in a customs union guarantees ease of trade, not just with the EU, but with the rest of the world as well.

“We and our members think it is plain common sense. Agreement is needed fast – waiting until March 2019 is too late.

“The exact mechanisms to achieve this can be debated and negotiated. But for businesses making daily decisions about where and how much to invest, this is the simplest answer to the uncertainty they face today.”

On the economic costs of a ‘no deal’ scenario, Rain Newton-Smith, will say:

“A ‘no deal’ scenario would be costly for businesses and consumers. One of the most obvious costs would be tariffs. The UK would face tariffs on 90% of its EU goods exports by value.

“But this is a partial equilibrium analysis in the parlance of economists. It does not take into account how the economy here in the UK or in the rest of the EU would respond nor does it show what it would mean for some goods.

“Some exports would face tariffs a lot higher than the average rate – meat would face a tariff of 26%, while the competitiveness of UK car exporters would also be seriously affected. “Some have argued that the weaker exchange rate would offset the cost of tariffs.  This is true, but only up to a point.”

“Without a deal agreeing to tariff-free trade, the UK would be obliged to impose the same tariffs on its imports from the EU as from other WTO members.

“Overall, our estimates suggest the average Most Favoured Nation tariff rate on the UK’s imports from the EU would be around 5.7%. Applied to UK goods imports, this would be an additional annual cost of between 11 and 13 billion pounds.

“That’s around 0.6 – 0.7% of GDP annually. Business would have to choose how to deal with these costs. Whether to take the hit themselves or to pass them on to customers.

“Even businesses in sectors with low tariffs on end products – like the tech and life sciences industries – stress the importance of tariff-free UK-EU trade.

“They want to avoid additional costs in their supply chains so they can keep prices as low as possible for consumers.”

On non-tariff barriers, Rain will say:

“Yet higher tariffs are just the tip of the iceberg. Non-tariff barriers are also so important. Without a deal, UK business would face new paperwork requirements making trade more complicated and less efficient. It’s likely this could have a bigger impact on competitiveness than tariffs, especially for small companies.

“Looking at a study* that analysed the costs faced by US firms trading with the EU that could be eliminated through a trade agreement, we estimate that if UK firms faced even half these costs, it would be equivalent to an additional tariff of 6.5% on UK exports to the EU.

On the role of business and our European partners, Carolyn will conclude:

“Business is wholeheartedly committed to making Brexit a success. The EU Exit Business Advisory Group, set up by senior ministers, is the first step towards a deeper partnership. A place where business and government can use evidence and experience to solve problems and put the economy first.

“How the bridge to the future is built is a conversation we need urgently with our European partners, in a spirit of mutual interest.  It needs to be a priority for both sides.

“The UK should make the proposal – the simple and common sense proposal of staying in single market and a customs union until a final deal is implemented.

“We should make it on the basis of benefit to firms and prosperity across the continent of Europe. Everyone has this goal at heart. And we urge Brussels to agree.