Retail sales continued to grow steadily in the year to May, for the sixth consecutive month, although at a slower pace than in April, according to the CBI’s latest Quarterly Distributive Trades Survey.

The survey of 136 firms showed that retailers expect a faster rise in sales next month, and expect their business situation to improve over the coming quarter.

Grocers saw a slower annual rise in retail sales in May, driving overall sales growth lower. Despite that, growth in this sector remained strong overall. Sales rose solidly in furniture & carpets, clothing and chemists, with the latter seeing the first annual rise in sales since October 2013. However, department stores’ volumes declined on a year ago.

Internet retail sales also rose robustly, but at the slowest pace since June 2013.

Employment in the sector was broadly flat in the year to May, but is expected to pick up slightly next month. Retailers’ investment plans were less positive than in the previous quarter, with respondents expecting to keep investment on hold in the year ahead.

Elsewhere, both the wholesaling and motor trades sectors saw a strong rise in sales.

“Retailers’ predictions of further sales growth bore fruit this month. Although that growth was at a slower rate than expected, the fact we’ve seen a steady increase for six consecutive months is a sign we’re heading towards sustainable growth and strengthening consumer optimism – and it’s good to hear shopkeepers telling us they expect even stronger figures next month.” 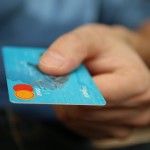 • 38% of retailers reported that sales volumes were up in May on a year ago, while 22% said they were down, giving a balance of +16%.This was below expectations (+43%)

• 43% of retailers expect sales volumes to increase next month, with 13% expecting them to decrease, giving a rounded balance of +29%

• Employment in the retail sector was broadly flat in the year to May (+3%), but is expected to rise slightly next month (+9%)

• Retailers’ investment intentions deteriorated on the previous quarterly survey (+3%, from +17% in February), with firms expecting to keep capital spending on hold in the year ahead.

• 86% of motor traders reported that sales volumes were up on a year ago, while none said they were down, giving a balance of +86%, beating expectations (+70%)

• 55% of wholesalers reported that sales volumes were up on a year ago, while 17% said they were down, giving a balance of +38%. This was a sharp rise on the previous month (+2%)

Crossrail To Handle A Quarter Of A Billion Visitors By 2026

Public Sector Workforce to Shrink by 1.1 Million by 2019