The chief executive of the Royal Bank of Scotland, Stephen Hester, has warned that the bank faces a significant fine over the Libor fixing scandal.

In an interview with the Guardian, Mr Hester has said that it will soon be tax-payer backed RBS’s turn to come under the spotlight over the rate rigging chicanery that Barclays has already suffered over.

This comes hard on the heels of the bank’s recent problems with its computer software, which affected some 13 million of its customers leaving many without access to their accounts for nearly a month.

Mr Hester told the Guardian that he had no idea how large the fine would be but that an investigation by the Financial Services Authority was underway.

The bank has also been hit by the interest rate swap mis-selling saga and a large penalty for offences through its US arm. 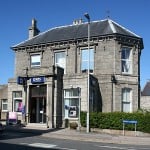 Stephen Hester went on to say that when all the investigations over Libor fixing are out it will be seen to be centred on ‘a handful of people at a number of banks’.

Mr Hester has already waived this year’s bonus because of recent problems and was forced to hand his Â£1 million bonus back last year after a public outcry. He also said that the chief executive’s job always brought insecurity with it and that he accepted that he may not leave the bank ‘…in a way and timing….’ of his own choice.

But in the final analysis who will end up paying the fine? One suspects that it will be a mix of taxpayer and customer.

NEST restrictions not a barrier but they should still be removed

Retail sales growth up but set to cool slightly – CBI