After Japanese company Mitsui Sumitomo announced plans to take over the British insurance firm Amlin, in a deal reportedly worth 3.5 billion Pounds, Sterling extended Monday’s gains against peers like the Euro and US Dollar. If this morning’s UK Manufacturing and Industrial Production figures print positively, the Pound could push higher still ahead of tomorrow’s Bank of England (BoE) interest rate decision.

Although the Eurozone’s second quarter growth data revealed a stronger-than-anticipated rate of quarterly and annual expansion in the three months through June, the Euro failed to exert itself against a rallying Pound. The Euro also eased lower against the ‘Greenback’ as bets that Beijing will introduce additional stimulus in order to support China’s struggling economy increased risk appetite. With no notable ecostats scheduled for release in the Eurozone today the Euro’s movement may be limited.

At the close of last week the US Dollar struck a four-month high against the Pound as the decline in US unemployment was perceived as being supportive of a Fed interest rate adjustment. However, since then the Pound has recovered around two cents against its North American peer. Yesterday’s US Labour Market Conditions Index and Consumer Credit figure had little impact on the US Dollar and while today’s MBA Mortgage Applications and JOLTs Job Openings numbers may be of interest investors are largely looking ahead to next week’s hotly-anticipated Federal Open Market Committee (FOMC) interest rate decision.

The prospect of additional stimulus being rolled out in China gave commodity-driven currencies like the ‘Aussie’ a boost and the South Pacific asset remained trending higher against the Pound in spite of some mixed domestic data. Although Australian Investment Lending was shown to have increased by 0.5% in July, following a -0.5% decline in June, the nation’s Westpac Consumer Confidence index fell -5.6% in September and Home Loans rose by 0.3% instead of the 0.6% expected. 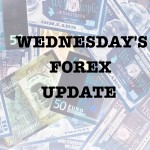 Bets that the Reserve Bank of New Zealand (RBNZ) will use today’s policy meeting to cut borrowing costs from 3.0% to 2.75% ensured that the ‘Kiwi’ remained on the back foot against the majority of its currency counterparts on Wednesday. A rate cut could drive the New Zealand Dollar lower still while inaction may trigger a rebound. New Zealand is also set to publish Card Spending data for August.

Today’s interest rate decision from the Bank of Canada (BOC) has the potential to either drive the ‘Loonie’ lower or lend the currency support. While the BOC isn’t expected to cut borrowing costs, poor Chinese growth may see the central bank’s chief indicate that a revision is likely to occur in the near future. If that proves to be the case the Canadian Dollar could hit new multi-year lows against the Pound and US Dollar.

The Rand’s recovery continued on Wednesday, with the emerging-market currency clawing back more ground against the US Dollar in response to fading hopes of a Federal Reserve interest rate adjustment taking place next week. However, today’s South African Business Confidence measure is forecast to show a decline from 43 to 39.46 and such a drop may stall the Rand’s rebound.