Sterling fell to a week low against the Euro at the close of last week as the repercussions of not-so-super Thursday continued to be felt. With UK interest rate hike expectations pushed firmly back to the first quarter of 2016, the Pound also slumped against the US Dollar, Australian Dollar and New Zealand Dollar. The UK economic calendar is bare until Tuesday when the British Retail Consortium (BRC) publishes its like-for-like sales report, so global economic developments and any interest rate-related comments from key officials will be the main cause of Pound movement before this.

Prior to the release of the Eurozone’s Sentix Investor Confidence gauge, the Euro was trending in a moderately stronger position against the US Dollar, Pound, ‘Kiwi’ and ‘Aussie’. Friday’s surprisingly poor German industrial production report failed to have much impact on the common currency as data from regions like Spain impressed. Today’s sentiment measure is predicted to rally from 18.5 to 20.3 and if it meets or exceeds forecasts we could see the Euro push higher as the European session progresses.

Although Friday’s US Non-Farm Payrolls report showed that the US economy added fewer-than-forecast positions in July, the figure was sturdy enough to support the argument in favour of a September interest rate adjustment from the Federal Reserve and the ‘Greenback’ gained across the board as a result. This afternoon’s US Labour Market Conditions Index could prove a cause of additional US Dollar movement.

Before the weekend the Reserve Bank of Australia (RBA) lowered its 2016 growth forecasts for Australia. However, as the central bank also implied that the recent interest rate cutting cycle is at an end, the ‘Aussie’ registered an impressive gain against the Pound, taking the GBP/AUD pairing to an almost one-month low. Tomorrow’s NAB Business Confidence/Conditions measures may halt the Australian Dollar’s recent uptrend if they fail to show improvement. 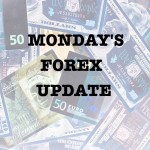 The prospect of the Reserve Bank of New Zealand (RBNZ) slashing borrowing costs again before the year is out weighed on the ‘Kiwi’ for much of last week. But the New Zealand Dollar went on to surge before the weekend after New Zealand’s largest milk producer, Fonterra, announced that it would be financially supporting the nation’s farmers to help them get through the current downturn in dairy prices. Upcoming reports from New Zealand to be aware of include the nation’s card spending numbers for July.

Friday’s Canadian employment data had comparatively little impact on the ‘Loonie’ as investors speculated on the likelihood of slumping crude oil prices inspiring policy alterations from the Bank of Canada. Canada was shown to have added 6,600 positions in July, slightly more than expected, with the nation’s unemployment rate holding at 6.8%. With little in the way of influential Canadian ecostats on the cards this week, commodity price fluctuations will continue to be the biggest cause of Canadian Dollar movement.