Sterling seeing strength across the board

Sterling seeing strength across the board

Sterling finished the week in largely positive fashion, enjoying gains against most of its major partners. These movements came thanks to data showing that factory orders had increased to the highest level in almost 20 years and resulted in sterling ending the week up against the US dollar for the third consecutive week. However, sterling did fall slightly from its recent highs against the euro following the release of strong German data. This week holds a few key events and releases liable to impact the markets. This morning we will have mortgage approvals figures released and on Tuesday we will have the inflation report hearings from the Bank of England (BoE) which will include the central banks economic outlook.

Euro still under pressure against sterling

German Business Confidence data that came out on Friday spurred a slight euro recovery as the single currency made up some some of the ground lost earlier in the week. As well as making moderate gains against sterling and the US dollar, the seventeen-nation currency reached its strongest position in four years against the Japanese yen. The week ahead is set to be a quieter week for the euro in terms of data releases, but as we have seen this week, rumours and speculation can often have a much greater effect on performance. If we see any more light shed on the European Central Bank’s deliberations concerning the use of negative interest rates then further volatility is likely to ensue as such a move would have a strong negative impact on the strength of the euro.

Will this week’s data support the US dollar?

US dollar movement continued to be dictated by speculation surrounding the potential reduction of the Federal Reserve’s quantitative easing program in December. Friday saw the US dollar outperform the emerging market currencies amid increased speculation that we could well see a December taper. This week data from stateside is packed consistently throughout the first half of the week, kicking off today with the pending home sales. Tomorrow then brings building permits and consumer confidence figures, while Wednesday sees the core durable goods orders alongside the ever important weekly unemployment claims. Given some of the recent hints that the Federal Reserve may taper off their bond buying process at the next central bank meeting in December, results either way could help boost or quash these expectations. 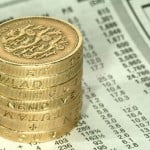 Sterling strong as it hits levels last seen in 2010

Elsewhere on Friday, we saw a number of currencies lose ground. Touching the lowest level against sterling since 2010, the Canadian dollar’s already weak position was exacerbated by the announcement that inflation levels had dropped below the central bank’s target rate. This news means that the door open to a decision from the policy makers to cut interest rates, which would lead to further drops in the currency’s value. Similarly we saw the Australian dollar devalue significantly following a speech from the governor of the central bank on Thursday night, in which he eluded towards the possibility of a rate cut.

A hung parliament would cause little economic damage