Ahead of the release of the UK’s latest employment figures the Pound was trending in a softer position against the Euro and US Dollar. The news that the Greek bailout deal had been agreed ‘in principle’ led to widespread Euro gains on Tuesday and the currency has continued that trend today. If the British jobs numbers print as expected and reveal a decline in both employment levels and average earnings the Pound could extend losses as trading continues.

After months of uncertainty and innumerable bailout discussions, it was announced yesterday that Greece had finally reached an accord with its creditors. It now looks fairly hopeful that the Hellenic nation will receive funding before its August 20th repayment to the European Central Bank (ECB). Should the situation continue to stabilise we can expect the Euro to recover a firmer footing in the weeks ahead. Today’s Eurozone industrial production numbers may prompt additional Euro movement, but the focus is likely to remain on Greece.

The US Dollar remained trending in a narrow range against the Pound yesterday with little in the way of stimulus from either the US or UK to prompt movement. Although today’s UK employment figures have the potential to push the GBP/USD pairing either above or below technical support, investors with an interest in the ‘Greenback’ will also be looking ahead to tomorrow’s US Advance Retail Sales number. As a strong increase in consumer spending has the potential to support September rate hike bets, a figure of 0.6% or higher would bolster US Dollar demand.

Commodity-driven currencies like the Australian Dollar came under immense pressure on Tuesday as the People’s Bank of China (PBoC) announced it would be devaluing the Yuan by around 2% in order to make China more competitive. As the development would reduce China’s purchasing power, the currencies of nations which rely on the Asian country for trade (like Australia) posted extensive losses. The ‘Aussie’ largely held declines even as Australia’s Westpac Consumer Confidence index jumped to 99.5 in August, an increase of 7.8%. 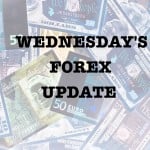 The New Zealand Dollar, like its Australian relation, came under heavy selling pressure as a result of the PBoC announcement. The asset has since stabilised against rivals including the Pound and US Dollar, but extended losses against a broadly strengthening Euro. If New Zealand’s upcoming Performance of Manufacturing Index advances further above the 50 mark separating growth from contraction in July, the ‘Kiwi’ could claw back some of this week’s declines.

As the PBoC announcement triggered a sharp drop in crude oil prices, the Canadian Dollar lost around two cents against the Pound over the course of the European session. Canada’s housing starts figure also came in below forecast levels. With no notable Canadian data on the cards for today, ‘Loonie’ movement may be limited.

The sell-off of emerging-market and commodity-driven currencies inspired by the Yuan devaluation extended to the Rand and South Africa’s currency slid against the US Dollar and Pound. Tuesday’s South African Manufacturing Production data also disappointed by showing a smaller-than-forecast month-on-month increase and an unexpected annual decline in June.